After latest concussion, tight end Michael Hoomanawanui has been helping Saints as a coach (1 Viewer) 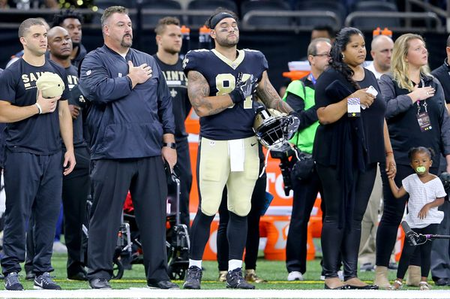 For the second year in a row, the New Orleans Saints have had a veteran player and former Super Bowl champion assist the coaching staff while on injured reserve.

However, before comparing what tight end Michael Hoomanawanui has done this season to what fullback John Kuhn did for the Saints in 2017, it’s important to break down his injury, because it’s one of the most alarming ailments a player could suffer.

Hoomanawanui has been in the concussion protocol since Aug. 3. The brain injury he suffered in training camp was at least the fifth of his nine-year NFL career, and the scariest thing for Hoomanawanui is he honestly doesn’t know how many he has suffered.

“I feel normal as of the last month or so,” he said last week. “It’s been a long process, and it’s slowly getting better, and that’s all I can ask for at this point.” ...