After the 1st week of Saints training camp, these 5 big storylines stand out (1 Viewer)

The New Orleans Saints have completed their first set of five training camp practices and, though it's early, several storylines have become clear.

Here's a recap of what's making news as the Saints get closer to their first preseason game Aug. 9 against the Minnesota Vikings at Mercedes-Benz Superdome. 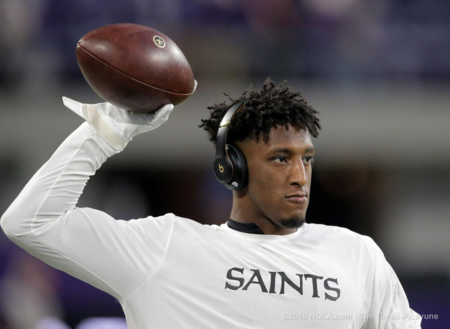 Top receiver Michael Thomas is entering his fourth season but has yet to practice since training camp opened as he holds out for an extension expected to be in the range of $18 million to $20 million per season.

How long Thomas' absence might extend remains to be seen as negotiations that general manager Mickey Loomis has described as "daily" continue. But teammates hardly seemed bothered by Thomas' choice or the prospects of having to practice without him. ...