after what game (1 Viewer)

Offline
After what game that we win this year
does everyone regardless of of team affiliation(fans,media,players,everyone including division rival fans) start believing and saying that we are for real that this may be our year.

Offline
I think after the Giants win, peoples' eyebrows will raise a little. After the Patriots win everyone will know we are for real. Neither of those games will be a walk in the park though.

Offline
Week 06 versus the Giants in the Dome could make us 5-0 if we win all games before that. If we roll into our game vs the Giants undefeated, and win that game, the national media will be drinking the Kool-aid. The only deal is we need to take care of Philly this week and the Jets won't be a cake walk either. 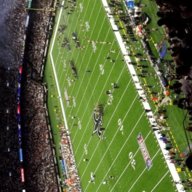 Offline
If the Saints beat the Giants and start 5-0, everyone will jump on the wagon 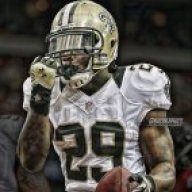 Offline
The Giants might do it but I'll go with the Pats. Their offense and defense should be clicking on all cylinders at that point

Offline
The Titans went 10-0 in the AFC. People started jumping on their band wagon. Then in the playoffs, they couldn't pull it out. And this team isn't the Titans. Divisional Round.

Online
We've beaten the Giants before and still didn't get respect, we spanked the Cowboys and still didn't get any respect but if we roll over the vaunted Pats, the nation will be singing our praises. That is provided the Pats haven't had some sort of monumental collapse.

They looked entirely beatable against Buffalo, if they play like that and start losing a few games then beating them won't garner the respect that a victory over the Giants would.

It's something, the Giants have won the Superbowl more recently than the Pats, in fact, by beating the Pats and yet the Pats STILL seem to get more media love. And they played a pretty mediocre game against the Bills. But a win is a win is a win.

Offline
If the Saints beat the Patriots and are 8-3 at that point with wins over the Giants and Falcons.

Offline
After we win the Superbowl. Then they will probably say we are for real 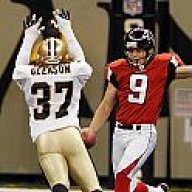 Offline
after another potent offensive performance this week, they'll be no doubting the potential of this football team, by all of the above. as little as some want to believe, the media can't wait to jump on the saints' wagon.

Offline
You're missing never and 2 minute warning in the Superbowl, the two most likely options.

Offline
The media is already starting to give us praise. I believe they are looking for a reason to get on our bandwagon and a win vs. Philly will be that exact reason.

And it depends what the Falcons record is.

A win over the Giants would make em' pause though.

Another consideration (for the heads) is -
How healthy are our opponents when we play them -i.e. Eagles without McNabb.

Offline
Well let's work our way up to that point first... right now I'm excited about what this team can possibly do but as of now we've only beat the Lions. Let's rack up a few more W's...

Offline
It would have to be the Super Bowl.. Then some of the haters are still gonna hate.. Its what they do.
Show hidden low quality content