Agents of change: How Saints players Ben Watson and Demario Davis are reshaping their community 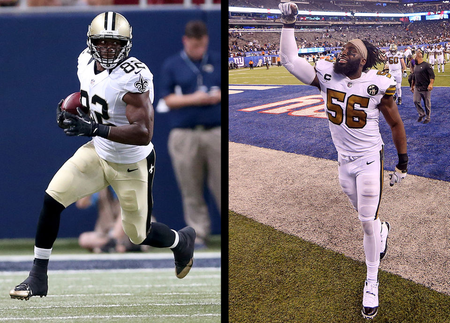 This was back in June, at an event being held at a local YMCA in conjunction with Essence Festival. Only a few weeks earlier, Gov. John Bel Edwards signed House Bill 265 into law, restoring the right to vote for thousands of convicted felons.

Steib-Martin, the executive director of Operation Restoration, was one of the people impacted. She was 19 years old when she was sentenced to 10 years in federal prison for her role in robbing a car dealership. She served her time and was released from prison in 2009.

She has not cast a vote in an election since. But that is about to change.

Watson and his New Orleans Saints teammate Demario Davis delivered a letter to state Sen. Karen Carter-Peterson. In it, they offered their support for House Bill 265, which would restore voting rights to those convicted of felonies who had been out of prison for five years, but remained on probation or parole.

They closed the letter this way: “As professional athletes, we are blessed to have a platform that allows us to yield our loud voices for change. We choose to use this platform now to request that your restore the right to vote to those who also live, work and make change daily in our community. Keeping this fundamental right from those because of one mistake is undemocratic, unfair and inhumane.” ...