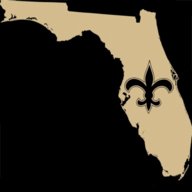 Offline
Sheet! Did the new season start? Frick, I need to get on this.

FL_Saint said:
Sheet! Did the new season start? Frick, I need to get on this.
Click to expand...

Indeed, I watched last night. Not a bad start. I enjoyed it.

Offline
It is an enjoyable watch thus far. Glad they didn't stick long in the 1930s....but liked the Koenig background they did and Enoch staying with him. What sheet is going on with May?
Last edited: Jun 7, 2020

brockmeaux said:
It'll be fun to see them pick up a little bit of "Legends" time jumping and seeing Coulson geek out through time (if that's what they end up doing).
Click to expand...

Honestly, I don't want another "Legends."

Scorpius the Allfather said:
So I have to assume that they will jump into the semi future in order to see Souza unless we see him before the war. I don't think they're going to stick around in 1931 for all 13 episodes.
Click to expand...

You are correct sir... oh and Simmons and Daisy rock some hawt lewks in episode 3 as well... I enjoyed this episode...

Same. I don’t mind the time travel and period clothes as long as it's sporadic and not the focus of the show.

DaveXA said:
Same. I don’t mind the time travel and period clothes as long as it's sporadic and not the focus of the show.
Click to expand...

Episode 3 sheds a good amount of light, it's a great episode... I just don't want to add any sperlers... and ironically, the timing w/ all that is happening right now is a good reminder of how far we've come...

Online
"How does it make you feel when I say the word...'moist'?"

Offline
Feels like they are just having fun with this season. Advantage to knowing it’s over ahead of time, I reckon.

Offline
Well tonight's episode was great and the reveal of where they jumped to was especially awesome for me.

Online
Great episode last night. Interested to see where they go with Souza.

Online
Really good episode, I thought Souza was only going to be in an episode or 2, looks like he's in it for the duration of the season? Loved the b & w gritty feel to that episode.


Here's to hoping the gang rocks one of these in the next one... 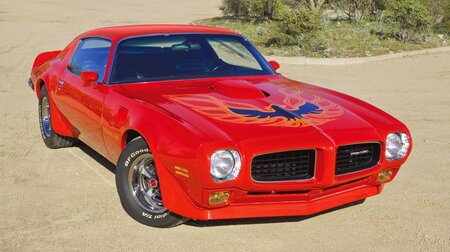 nolaspe said:
Really good episode, I thought Souza was only going to be in an episode or 2, looks like he's in it for the duration of the season? Loved the b & w gritty feel to that episode.
Click to expand...

Same, I was very surprised they took him with them, I thought for sure he was only back for a couple episodes. Depending on how they choose to wrap it up, he could be a guy that they leave as either Director of SHIELD or another high-up position at the end of the show (probably under an assumed identity that would be a huge wink/nod to fans, though I don't know what that identity would be...maybe Clay Quartermain or something), or they get to a spot in time that he likes and/or meets someone and he decides to stay there, giving him a happy ending that we know he didn't originally get because Peggy was always meant to be with Cap, and he was supposed to be assassinated in the 50's.

For sure. Really really glad I went through Carter first considering his involvement.

Online
Am I the only one that got really annoyed at how the team was so dismissive of Enoch?

Torgo said:
Am I the only one that got really annoyed at how the team was so dismissive of Enoch?
Click to expand...

Deke wasn't, he was going to talk to him but Enoch assumed he wanted to get in touch with the zephyr.
Show hidden low quality content