Alright guys, which WR would you start? (1 Viewer)

Offline
Desean Jackson vs KC - Typically, it would be a no brainer, and I would start Jackson. But, he has a groin injury and did not practice all week until yesterday. Furthermore, Mcnabb is still out and Kolb is a nice step down, even though he hit Jackson for a long one against us. With the groin injury and Vick coming back this week, I don't think we will see Jackson in the wildcat this week.

Nate Burleson vs. Chicago - IMO, Burleson is going to blow up this year. I was able to pick him up on waivers after week 2. My concern is now is that Hasselback is out. Seneca Wallace is a good back up, but doesn't throw the ball like Hasselback. Chicago's pass D has also been good this year.

If Hasselback wasnt injured, I think I would go with Burleson. I just hate starting a speed WR with a pretty good groin injury because it has a big effect on this play. With that being said, I am still leaning toward Jackson.

I also have Meachem on the bench and even though our offense has been devastating, he is currently our 4th or 5th option for Brees with Shockey playing so well.

Offline
Jackson, but some understanding for going Meachem (who might still wind up as my own flex this week). 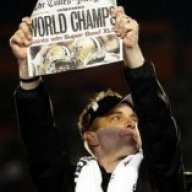 Offline
Meachum..... unless you hear Jackson is starting for sure..... 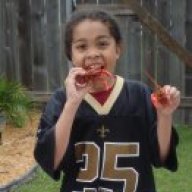 Offline
If Jackson plays go with him. If not, I'd start Mech.

Offline
Do you get points for return yardage? If so, I think you have to go with Jackson.
OP

Offline
Thank God I starting Jackson. That guy's groin is FINE!!! Especially after that cartwheel in a split after that TD!!!
Show hidden low quality content