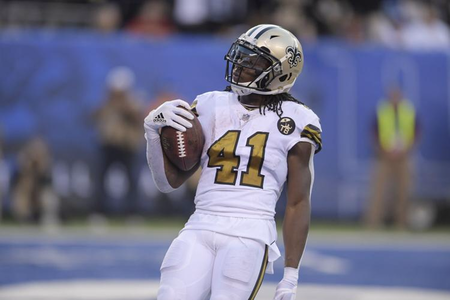 EAST RUTHERFORD, N.J. — For the first time this season, there were no heart-pounding theatrics in the final minutes for the Saints.

New Orleans was in control of this game nearly from start to finish.

Backed up by the first solid wire-to-wire performance from the defense this season, the Saints overcame early issues in the red zone and won their third straight game, grinding the Giants into pulp in a 33-18 road victory.

By virtue of an early bye week for the Carolina Panthers (2-1), the Saints (3-1) marched into first place in an NFC South after another late loss by the Atlanta Falcons (1-3) and a blowout loss by Tampa Bay (2-2).

Not that it was always the prettiest win for New Orleans.

For the most part, New York (1-3) grounded a Saints passing attack that had produced unprecedented numbers for Michael Thomas and Alvin Kamara through the first three weeks of the season. ...