Offline
Sticky Post
Im not much of a fan of it either. Think 16 games is plenty. On top of that the extra contest isnt even a conference game. Most NFC-AFC Matchups lack sizzle or juice. The Saints' Alvin Kamara was among NFL players to tweet their displeasure at the expectation that owners will vote to approve a 17-game season for 2021.

KCWhoDat said:
The Union rep for the players are terrible...they need to seriously change who’s running it.
Click to expand...

So the reps are bad because a majority of the members are too stupid to vote in their own best interest.

Let's remember that "The Union" isn't a small group of ominous figures who vote on, and control, everything. The members vote. If they vote "no" then this doesn't happen. If the members vote "yes" then it does. They voted yes.

What were the union reps supposed to do about the members who chose to vote for this?

Every union is as strong as its members. Every membership has people who will vote against their own best interests due to some bias or cognitive dissonance .

I'd wager that they have some members who would be able to tell you the cut of meat that was closest to the leather from which their team's owner's boots were made.

bobad said:
Caring about the players is their own job, no matter what their occupation. That's why we go to school, to learn how to take care of ourselves. Anyone who thinks someone else will put their best interest above their own is not being realistic.
Click to expand...

That would be incredible. I love solidarity.

Merl said:
Something many don't realize that the 2006 CBA gave the owners the right to impose a 17 or 18 game season. The only thing the NFLPA could do was to file a grievance and go to arbitration over the amount of compensation the players got for the extra games but the arbitrator could not void the games. The owners gave up that right in 2011 but there was still language that allowed for it to be negotiated. That same language was in lasts years CBA and the NFLPA agreed to add the 17th game.

I have seen some in this thread saying it was the "greedy owners" that made this happen but you also have to blame the "greedy players". I am all for it but would have liked to see a second bye week to go with it.
Click to expand...

Baseball is technically a bigger operation than football and their union gets a better deal almost every time. I don't understand why the nflpa can't bridge the gap between the star players and average guys, baseball does.

Boy_of_wonder75 said:
That would be incredible. I love solidarity.
Click to expand...

No2DC said:
Baseball is technically a bigger operation than football and their union gets a better deal almost every time. I don't understand why the nflpa can't bridge the gap between the star players and average guys, baseball does.
Click to expand...

I think what makes the baseball union powerful is that it was formed when only very few players got paid, so there was more unity. Not to mention players in baseball have the ability to go on strike.

jasonsw said:
Yes they did. Sure there were quite a few such as Kamara who weren't in favor. From what i heard those who were in favor of deal were mainly younger or lower paid players. NFL bumped up min. wage a good bit for those players.
Click to expand...

It's called winning through manipulation. Offer those in the worst position a bone that costs you nothing so they think you actually care about them rather than realize you are simply trying to manipulate them into a permanently bad position.

The total number of "games" being the same, does not offset for the players the extra regular season game, but for the Season Ticket Holders of the teams "lucky" enough to get two home pre-season games, it is a farce as well. The NFL should play pre-season games in the "emerging markets" and save their season ticket holder fans the nuisance of having to pay for those games. NFL owners will vote on approving a 17-game regular season schedule for the 2021 season at this week’s league meetings and there’s little suspense over which way that vote will go. Ever since the league secured the right to expand the regular season, it has been a matter of when rather than if...

jdl1201 said:
I hear this all the time on here. Can you tell me what the players care about besides the fame and wealth they can achieve by playing in the NFL?
Click to expand... 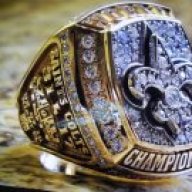 Offline
Colin Kaepernick has made a successful career out of kneeling than being an NFL player. Yes they were getting paid to be there.

Boy_of_wonder75 said:
I seem to remember them causing some kind of commotion over kneeling during the National Anthem. Did they get paid for that?
Click to expand... 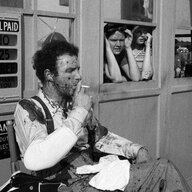 Offline
I’m fine with 17 games, as long as 2 pre-season games are eliminated.

jdl1201 said:
Colin Kaepernick has made a successful career out of kneeling than being an NFL player. Yes they were getting paid to be there.
Click to expand...

How does removing preseason games matter when starters barely play in it anyway?

We can't make it to Week 8 without this board being on edge for the daily injury report.

NFL's solution? Add two more games that starters have to play in.

Get ready to enter the "load management" era of the NFL.

Offline
Add me to the list of people that don't like it. 44 years of 16 game seasons with records is now moot. Brady and Brees's stats will be easier to attain. Like others have said though, if they eliminate 2 preseason games them I guess I can live with it.
OP

Saintsphere said:
How does removing preseason games matter when starters barely play in it anyway?

We can't make it to Week 8 without this board being on edge for the daily injury report.

NFL's solution? Add two more games that starters have to play in.

Get ready to enter the "load management" era of the NFL.
Click to expand...

Yeah im afraid of that whole load management aspect. If they do 18 games it would be nice if they did bye weeks on week 5 and 6 then weeks 12-13 for the second bye.

Teams that go on bye week 5 get thier second bye on week 12.

Its a far from perfect solution but it is way better than last year where bye ranged anywhere from week 5 to week 13.

The perfect one of course would be to designate two weeks in the season where there are no games. However networks would never go for that because they would lose 2 weeks of content.
Show hidden low quality content