An ode to the screen pass, the secret weapon of the NFL’s best offenses (1 Viewer) 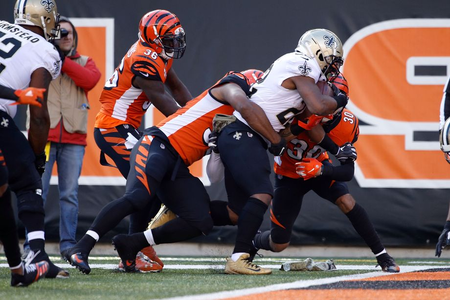 From the most basic version to the graduate level class, retired NFL lineman Geoff Schwartz walks us through one of the most beautiful plays in the game.

I’ve always enjoyed a good screen pass, but I really fell in love with them when I came to Kansas City. There’s an art to running successful screen passes, and it has to be taught with extreme detail. The running back must be exactly where he’s supposed to be when the ball is caught. Here’s the lane for the screen, and the linemen must hit their aiming points on the defenders to make it happen. The quarterback has to throw the ball to the right shoulder of the back so he can turn and run as quick as he can. So many small details.

The best offensive minds in the game teach it that way. It’s no surprise the best screen teams in the NFL have outstanding coaches. ...