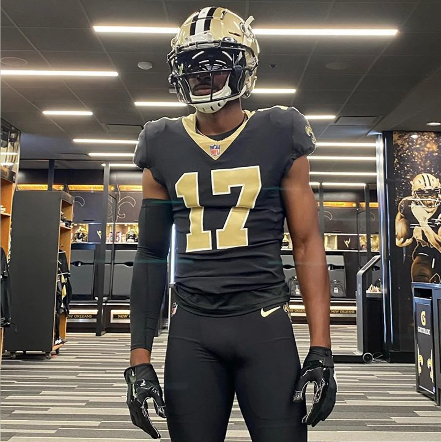 After the New Orleans Saints signed receiver Emmanuel Sanders this past offseason, quarterback Drew Brees flew out to Denver to work out with the veteran.

"It was good. It was really good for me,” Sanders said. “Sometimes a lot of people, they talk about the X's and O's, but moving to a whole new city and you don't know any guys on the team...so when Drew came out, it kind of made me feel good to know at least when I show up in the locker room, I already had gotten acclimated with him.”

Sanders didn't know it at the time, but Brees wasn't the only future teammate he'd work with that day. Sanders said Brees asked him to bring another receiver to the workout, so Sanders called his longtime friend and former teammate Bennie Fowler, who the Saints later signed.

"Drew ended up liking Bennie, the way that he ran routes. He's a big receiver and so now he's at camp with me as well," Sanders said. "So that's pretty cool."