Analysis of the Saints from Knowledgeable Source - Lomg (1 Viewer)

Offline
In the gym today, I had time with Pete alone and asked him what he thought of the Saints this year. If all you want to do is take shots at his points, then get out of the thread now. There are maybe 2-3 people on the Board who knows as much - maybe

"I was very happily wrong about Drew. The last 2-years his injuries were classic symptoms of a QB on the way down. He is playing elite. No QB is playing better. What little he has lost in his arm is more than made up with his ever growing knowledge. He is the smartest QB in the league even if you include Peyton Manning.

It's a shame though. His last great years will not likely even give him another playoff chance with Saints. SP and Drew are real close personally- like very few other coach-player relationships. I would not be surprised at all if SP isn't asking him if he wants to finish his career elsewhere. There's 3 top teams who would pay a bounty for the best QB in the league."

Over-Spending
Really sad, but I've been telling you for 3 years that their overspending and dead cap space would catch-up with them. That has happened. The defense is not an NFL caliber defense. Injuries have destroyed what was likely a mediocre defense at best if everything went right. When castoffs from the worst team in the league, Cleveland, are being picked-up to start on the Saints defense, that's about as bad as it gets.

Dennis Allen
Dennis Allen is not to blame and deserves another chance. What he did the 1st 2 games with mostly NFL rejects was excellent coaching.


Injuries and Conditioning
And no Rob Ryan's personal conditioning is not the cause. Remember Bro, If you had long hair when you came to see me 3 years ago, you could have passed off as Rob Ryan's brother

. SP had a massive decision to make before training camp. He had so many young new players and so many positions that needed to be filled, so many unknowns. He made the choice to go full throttle with hitting and aggressiveness in training camp and preseason. That was a huge risk. He made the best call he could. That is the reason for all the injuries, not conditioning. These NFL players are amazing elite athletes. And then a good number are so jacked-up on the Roids, HGH and supporting Nutrition that these are truly above human athletes. Even compared to 10 years ago, the athletes today are far superior. And the beating their bodies take in contact takes a major toll. I could see it in the players demeanor on defense. They are already spent. SP will get them-up for a run or two, but this team is burnt out already.

Difference in Player Mentality Today
Because of the violence and injuries, for most players, their goal is to get their 1st contract past their rookie contract. Then they are set. That's one of the reasons that many of the players are doing the Roids regime. And once they get that big contract, unless they totally love the game or their team, many are taking the money and running, or should I better say hiding. The NFL owners have gotten so incredibly greedy and the great majority of owners think of their players as expensive cattle. And all the players and coaches know this. So the old school team loyalty is not nearly as strong as it used to be.

Tom Benson
Benson is considered the best Owner in truly caring for his coaches and players. He treats them like family and the coaches and players know that and really appreciate that. That's how the Saints get top players to play for them. New Orleans is very weak for player endorsement revenue and the crime rate scares many away who weren't born in the area.

KV
Let him walk. He is a very inconsistent player all the way back to college. Some games he shows-up and others he doesn't. and I don't think he will have a long career. (Note: he won't directly name most players who use the Roids/HGH/Nutrition routine except for a few prominent cases like Watts, but I suspect he thinks KV may be on Roids program which means 5-7 career top careers max before the injuries from the Roids end their careers)

Sean Payton
Not the problem. The best offensive mind in the game and a phenomenal motivator. But he is clueless on defense and FG kickers. The FO should put some structure in place to cover his defensive weakness, whether he likes it or not. But SP is one cornerstone you guys should hold onto.

Rebuild
The Saints are in total rebuild mode. It will be ugly for a while. I could see in Sean's facial expressions in the 3rd quarter that he knew his season was over. That's what makes the Brees decision so difficult. Brees is so loyal to SP. But with another SB ring or 2, Drew would down in history alongside Montana as the best to ever play the game - and no, the Saints will likley never find a QB in that league again. he's as good as it gets.

Offline
The only universe I'd accept us letting Kenny Vaccaro walking is if someone like Jamal Adams has rendered him obsolete.

Offline
You talked to a dude at the gym alone about this? Where was it, the sauna or something?

Offline
I'll admit it. I like these "Pete" conversations.

Swimmer said:
If all you want to do is take shots at his points, then get out of the thread now.
Click to expand...

If you're going to put "Pete" out as this bastion of knowledge, then his points are fair game to take shots at.

As to the rest, I doubt Pete has this depth of knowledge about the Saints players and organization, if he said all that at all.

Offline
"Pete" is swimmers alter ego...for the oblivious ones out there

Offline
Who is Pete Alone?

Online
Back with this nonsense again, I see. Starved for attention?

Offline
Pete's not wrong, but he, like a large percentage of the fanbase, is complaining about issues that have already been addressed. This is year two of the retool. I hoped the team would get hot to start the season, but they just haven't found that needed momentum. Maybe we see it start this week.

Offline
Ever notice Pete and Tommy Parsons are never seen together?

Offline
TBH I think Pete doesn't know what he's talking about on a lot of these points. This is the first year that I really think Payton is the problem when it comes to this defense. Gregg Williams wanted total control over his defense. Didn't get it. Spags was a disaster. Rob Ryan wanted to run his defense but Payton wouldn't let him. Payton is just too indecisive with run game schemes, pass block schemes, and defense as a whole. I get it, you don't want to be left behind so you try and keep up with the times.

This is the only difference between us and the Pats. They will do whatever it takes to win when they gameplay and they construct a scheme around what players do best and not the other way around. Dennis Allen is looking great as a DC IMO. Payton really needs to keep his hands off and let them run what they want.

Offline
Pretty sure he makes these up and passes them off as speaking with an 'insider'. Swimmer is, after all, a narcissist and liar.

Offline
I agree with letting KV walk, not the smartest guy or the most motivated at times 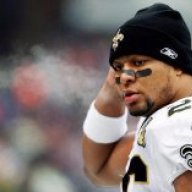 Offline
Thanks for posting, good read. I believe it that he has very solid opinions and is a good source of info, but he's got some Saints bias that may be affecting his judgement. I love them both and they're still top drawer, but I'm not sure I'd rank either Brees or Payton at the very pinnacle of their positions in 2016. I enjoyed the post though, good insight.

Offline
I have no problem with any of that except the KV section. He may be a bit inconsistent, but no one on our D plays with the aggression that he brings. We need that IMO.

Offline
I would sign KV to a cheap contract if possible. He's one of those that I fear will go to a good team and play lights out. If we build physical/aggressive defense, I believe he will be a key piece, but I wouldn't break the bank for him.
Show hidden low quality content