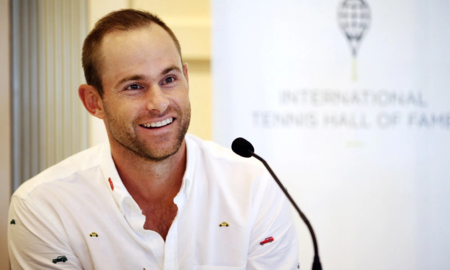 New Orleans Saints quarterback Drew Brees, a Pro Football Hall of Fame-bound Super Bowl champion with a long list of records in his name, didn’t always play football. Andy Roddick convinced Brees to try a different sport after beating Brees in tennis — just, after losing two matches against Brees to start off. However much he’s joking, Roddick wants his small contribution to Brees’ story to be very clear.

What’s impressive about this is that Roddick is the former world No. 1 men’s professional tennis player, having won the 2003 U.S. Open and secured a Grand Slam. He was inducted into the International Tennis Hall of Fame in 2017. So Brees taking him down twice is something of a triumph.

However, there’s a plot twist. “Yes Drew Brees beat me in tennis when I was 9 and he was 11. Twice,” Roddick wrote on Twitter back in 2014. “I finally beat him and he quit tennis. You’re welcome football.”...