Another great article on Dorsey from the Shreveport Times. (1 Viewer) 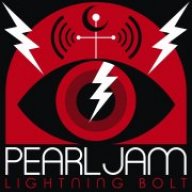 BATON ROUGE — If he chose to, defensive tackle Glenn Dorsey could describe recent stories about his injury problems as, "Stupid is as stupid does."

He does not, though. Nor has he ever criticized Auburn offensive guard Chaz Ramsey for illegally chop blocking him last season, which injured his right knee and slowed him down late in the season.


Just as his fictional role model Forrest Gump did after taking verbal criticism from Lieutenant Dan, Dorsey turns the other cheek "» or the other knee.

"He heard what they were saying about some injuries he had, but he's healthy now," said Dorsey's mother Sandra Dorsey, who is as strong a fixture in Dorsey's life as the Sally Field character was in the Gump movie. "He doesn't get upset about things like most people. He took it in stride. He said it comes with the territory. He knows there's nothing wrong with him. Now, I got upset about that block that wasn't legal, but he never did. He's just not like that."
Click to expand...

There is no way Dorsey slides to 10. If we want him we're gonna have to go get him. Man this guy is gonna be a force and if Atlanta takes him I think I'll be sick.
Show hidden low quality content