MOBILE, Ala. -- More than a year after the discovery of giant, voracious South American apple snails in Mobile's Langan Municipal Park, the gastropods have colonized most of Three Mile Creek, down to the Conception Street bridge
.

The fact that the snails have migrated to within about a mile of the Mobile-Tensaw Delta represents a worst-case scenario, according to biologists.

Beginning Monday, state officials will administer a killing dose of poison to the two main ponds in Langan Park and most of Three Mile Creek. Authorities said they hope they're halting the advance of the snails before they colonize the Mobile-Tensaw Delta.

In addition to poisoning the thousands of fist-sized adult snails infesting the pond and creek, officials plan to smash every one of the bubble gum pink wads of snail eggs they can find, starting Saturday.

Those egg masses have become ubiquitous in the park, coating concrete walls, the face of the dam, the cattails, cypress knees and other plants emerging at the water's edge.

Volunteers, especially volunteers with kayaks, are more than welcome to come join the smashing party.
.
http://blog.al.com/live/2009/10/kill_the_snails_state_official.html 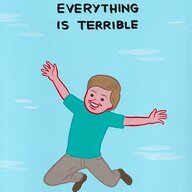 SHHHHHH!!!! These are illegal immigrant snails, they'll have free healthcare next!! 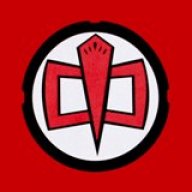 Offline
I for one welcome our...

I'm gettin my 4 year old a Daisy Red Ryder, and I'm gettin my old 4-10 out and we're gonna go play zombieland with the apple snails.

It is imperative that we win this war! If we let the escargot take over, from that point forward we'll only be allowed to eat "Fronch Bread; Fronch Fries; Fronch Dressing. And to drink...Peru!"

I'm not having it!