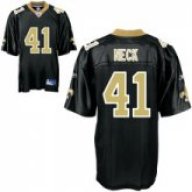 Offline
What was everyone's thoughts on his play tonight? He did have that one very good pressure on Ryan. However, and maybe I only saw him on the bad plays, I thought he looked lost out there tonight in run defense. He was wildly irresponsible with his assignments in run support. He let the edge go over and over and over again. Add to that, he was over running everything. He was really just running to the ball on every play and not worring about his lanes or assignments. When you do that, you create holes in the defense and Atlanta exploited them all night long. Maybe that's the big reason he hasn't played a whole lot this year, and not just because of scheme limitations. He absolutely wasn't the only one. Kruger, Laurinitus, and Harper were all bad with their dicipline, too, but our defense looked like last year's defense tonight, with him on the feild.

As I said, maybe I just saw some bad plays, and I'm happy to listen to anyone who thought he played well.

Online
It's called coaching. His best year will be his first. Vitt has ruined him like so many others

Offline
Playing out of position after having gotten few snaps in previous games.

It was important to stunt his growth at MLB so we could watch Laurinaitis be constantly out of position and get outran by Matt Ryan.

Offline
He should be starting a MLB . He is a first round draft pick who can use the experience. This is a throw away season may as well develop him as much as possible . I really don't see the difference Laurinitus is making I would rather play the guy with potential

Offline
With me its not that he did or didn't play well, he's playing out of position. All this shuffling players around needs to stop. He needs to be at mike.

Offline
Leave it to the Saints to fudge a player up. Can't draft and can't develop talent

Offline
Anthony is really bad. I hope he gets better but it doesn't look good. Ryan ruined everything he touched.

Offline
Anthony is a tackling machine and a thumper. He is good at knifing thru holes in the middle and making plays in the backfield. He needs to be in the middles between the tackles, not out in space. It's his natural position. I dont blame him at all.

TruSaint said:
With me its not that he did or didn't play well, he's playing out of position. All this shuffling players around needs to stop. He needs to be at mike.
Click to expand...

I don't know if that's entirely the case.

He had a tendency to over run plays at Clemson. I just overlooked it hoping he'd eventually get better iwth experience.

Could be he just doesn't have good enough natural instincts. 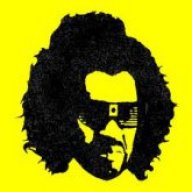 Offline
It's our position coaches who are horrible. We could have Von Miller, Justin Houston, and JJ Watt and they will find a way to make them suck and play them out of position.

He had a tendency to over run plays at Clemson. I just overlooked it hoping he'd eventually get better iwth experience.

Could be he just doesn't have good enough natural instincts.
Click to expand...

Thats the exact reason why i want him in the middle, he's best at banging in between the tackles and shooting gaps, not in space.
Show hidden low quality content