Offline
FX has a new show based on a fantasy football league that premiered last night. The fantasy aspect of it wasn't in the forefront last night as they mostly focused on character development. As you might expect, there were some stereotypical examples of fantasy players. I easily identified two guys in my main money league that could have played two of the characters. One thing I did identify with is the players obsession with their league trophy. My main money league started out as a firefighter only league and the trophy is a nicely tricked out authentic firefighter's axe with yearly champion's nameplates on the handle. Who has ownership is a huge deal among us. It really irked some of them when I was able, as current champion, to take The Axe outside the state of Florida this past year.

Since it is on FX, they can get away with a lot more language wise and topic wise so that is a positive thing. I also think it is a good thing that their disclaimer at the first of the show mentions nudity although there wasn't anything more revealing than lingerie last night.

It wasn't great TV but maybe it will get better. Even as a pretty uneven show, it was fairly entertaining.

Offline
It was funny and I would think the people on this board would love it. 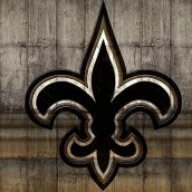 Offline
I will watch it on HULU tonight. I saw the preview and it looked really funny.

Offline
just watched it and thought it was pretty good. Loved the last line of the first episode.

Offline
The song the one guy sang to the kids had me rolling.. other than that there were some funny parts, but it wasn't great... I will watch it again just because I love me some FF

Offline
Where are you guys watching it?

Offline
i downloaded it and watched it. not sure where others are watching.
Show hidden low quality content