Offline
I just turned it on about 5 minutes ago and whitnessed two of them.

And Arizona still couldn't score on that drive. 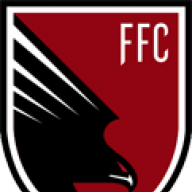 Offline
Jets have 27 whole yards of offense in the entire 1st quarter.

Sent from my SAMSUNG-SM-G891A using Tapatalk

Offline
They just called one on Peterson. I never even saw him touch Marshall on the play.
OP

Refs have completely taken over the game.

Offline
That PI call was ridiculous

Offline
I was coming here to post this. The nfl has made defense next to irrelevant. They wonder why ratings are down... Thus is unwatchable.

Sent from my SAMSUNG-SM-T337A using Tapatalk

Offline
mods can you please institute a thread creation quota

Offline
The Jets are awful. They got a poor mans Bubby Brister qb.
OP

Don't you have some more screaming to do in the gameday thread?

Offline
This game really makes me nervous about losing Brees. We have been spoiled...so bad.

Sent from my SAMSUNG-SM-G920A using Tapatalk

Brennan77 said:
This game really makes me nervous about losing Brees. We have been spoiled...so bad.

Sent from my SAMSUNG-SM-G920A using Tapatalk
Click to expand...

Yup indeed. Our "old and declining qb" has had two 400+ yd games this year, is completing 68% of his passes, has 14 TDs to 4 INTs and completed a precision TD pass yesterday on the run while a lineman literally punched him in the mouth.

You keep guys like that. Anyone who says we shouldn't-- watch about half the teams in this league who are starting bums at qb.

We are spoiled. So spoiled.
OP

Offline
Pretty sure we just got our 15th or so penalty.

This crew is just terrible.