'As good as it gets': Cowboys are playing their best football, but they'll have to step it up to compete with Saints (1 Viewer) 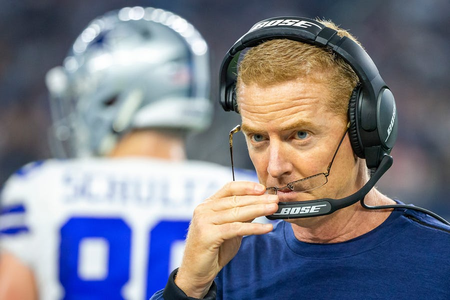 ARLINGTON -- The Cowboys were still relishing their 31-23 Thanksgiving Day victory over Washington that extended their winning streak to three games when they started getting questions about what comes next.

The New Orleans Saints visit AT&T Stadium on Thursday night. They are perhaps the NFL's hottest team. "Offensive juggernaut" may have been mentioned a time or two.

"We just got done with the Redskins," said cornerback Anthony Brown, shaking his head. "I can't even think about the Saints right now. We'll see what they look like on film and we'll go from there. ...They're a good team, they put up a lot of points. But I like our defense"

Executive vice president Stephen Jones planned to watch the Saints' game against Atlanta that followed Dallas' win on the holiday. He joked that he may be better off not watching an eventual 31-17 win by New Orleans (10-1). The Saints have now won 10 straight, their only loss coming against Tampa Bay, 48-40, in the season opener. ...