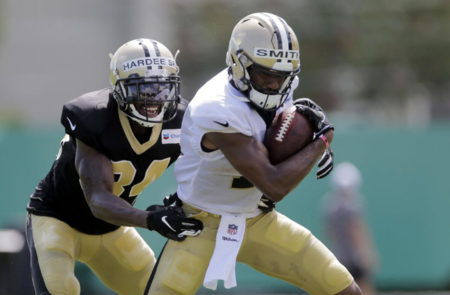 By Nathan Brown | The Advocate / Picayune

As Saints fans this offseason clamored for additional wide receiver depth behind a rising star Michael Thomas and an aging Ted Ginn Jr. In return, the Saints front office made a statement by, well, not making one.

No wideouts were taken with the Saints' precious few draft picks. No pass catching options outside of tight end Jared Cook were snagged in free agency.

And to the trio of wideouts entering their second year in the Saints system — Austin Carr, Keith Kirkwood and Tre’Quan Smith — that tacit vote of confidence from the front office appears to have lit a spark, with the group collectively turning heads during their time on the practice field as the team’s first preseason game nears. ...