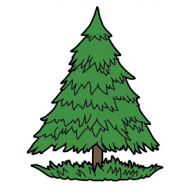 Offline
Jim Harbaugh is a great example of a HC who fits the old mantra. "The worst enemy to being great is being very good". Harbaugh has been a consistently good HC at Michigan his first 5 seasons but aside from a few 10-win seasons, a couple of Top 15 finishes, Wolverines have been a second or third place team in Big 12 to Ohio State or Penn State. Those teams have won or appeared in CFP games or won Big 12 division titles and other college rising powerhouses like Clemson have become major perennial contenders.
Show hidden low quality content