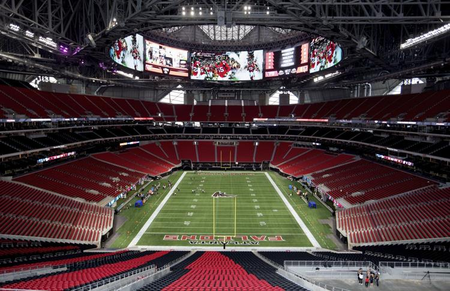 Atlanta's mayor is pumping the brakes after a recent comment regarding the Super Bowl in her city sparked a firestorm among the Saints faithful.

Keisha Lance Bottoms walked back her comments in a Tuesday press conference, addressing her remark that she'd like to see "anybody other than the Saints" in Super Bowl 53. The game will be played in Atlanta's Mercedes-Benz Stadium.

"Before we get to the real stuff, let me explain: it was a joke," she said, according to a WWL-TV report. "But I don’t know of a Falcons fan who wants to see New Orleans and the Patriots in the Super Bowl."

She added that she was thankful for anyone, including Saints fans, who chose to attend the Super Bowl and its festivities in her city.

The Saints face off with the Los Angeles Rams on Sunday in the NFC Championship for a berth in the big game. The New England Patriots and Kansas City Chiefs play on the other side of the bracket to determine the AFC's representative. ...