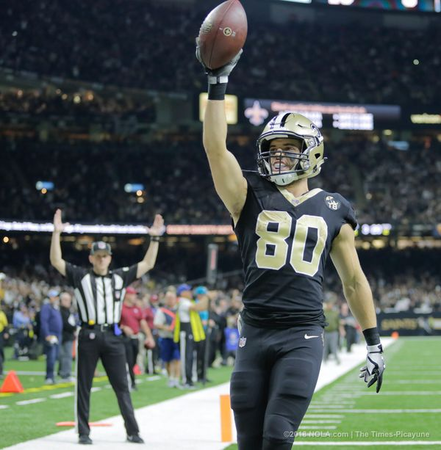 The New Orleans Saints inactive list for their 'Monday Night Football’ game against the Panthers includes a wide receiver that has played in every game this season and two of the newest additions to the roster.

Austin Carr was active for each of the Saints first 13 games, though his role diminished in the last few weeks, playing 14 offensive snaps in each of the last two games. For the season, Carr has nine catches for 97 yards and two scores.

Also inactive were wide receiver Simmie Cobbs, whom the Saints signed this week off the Redskins practice squad, and offensive lineman Derek Newton, who was signed this week after missing more than two years with an injury.

Not on the list is former LSU offensive lineman Will Clapp, who is on the active roster for the first time this season after the Saints drafted him in the seventh round this season. ...