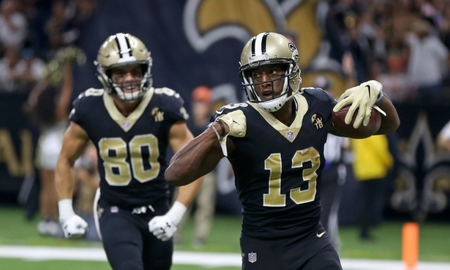 New Orleans Saints wide receiver Austin Carr played sparingly in his first year with the team, joining them after being waived by the New England Patriots as a rookie signee out of Northwestern. Now he’s scored two touchdowns in subsequent weeks. Life comes at you fast in the NFL.

But Carr experienced something he hadn’t seen in his two years in the league or college career: sprinting from a Sunday beatdown of the Philadelphia Eagles to a Thursday rematch with the Atlanta Falcons. Abbreviating typical treatment and rest after games wasn’t enough – he and his teammates also had to navigate the week’s new maze of personnel groupings:

“Playing Sunday and then having a brand new 55 personnel group plan installed Tuesday and Wednesday and putting it to work on Thursday is a quick turnaround and you see guys studying, guys highlighting, guys helping each other and communicating well. I think we’re hitting a good stride right now.” ...