Offline
Why is he getting so much playing time the kid just bad and clearly not ready.

This is D league material.

This team needs a backup PG and a better bench.

And we have no inside scoring at all....except for DAvis lobs

Offline
He's improving. As soon as he figures out how to finish inside, people will slowly stop wanting him in the D-League.

I do agree, we need a better backup PG. It's seeming like Rivers won't quite ever be a PG and Roberts is just not good enough. But this isn't a year to be making stupid trades for one right now.

The inside scoring is below average but the Lakers are a team that you have to be on the perimeter. Gordon's our main inside guy but like I said we're playing the Lakers, so he's been going for it outside. Lopez used to be a great big in there but he's tapered off.

Bottom line: yes you are right. But I mean this is not at all breaking news (as in where have you been?). It's something that's been the norm this year because we're still developing. It won't come until next year or later but it's coming.
OP
OP


This game was lost by coaching and the bench.

How in the world do we not play our guards more and davis more in crunch time?

We are destorying them on the perimeter and monty does nothing to play to our strength.

Coaching was terrible today. I saw no energy , no semblance of adjustment no activity on the bench. Monty was shrunken in his seat all day. ONly getting up to yell on that blown 3 second call that was likely the game sealer....
OP
OP

Offline
btw we have 3 D leaguers getting playing time and they cost us games.

these guys except for rivers bring nothing on offense and are liabilities on defense. Thomas is a walking fumbling machine always getting stripped. Roberts is too short to do anything and gets dominated in defense all day.

Offline
I agree (not on Rivers though). They'll get cast aside next year and on. We need more depth, consistency, and strength inside. But it will come. 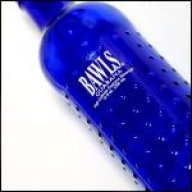 Xerxes said:
I agree (not on Rivers though). They'll get cast aside next year and on. We need more depth, consistency, and strength inside. But it will come.

Austin is doing fine and I'm more interested to see how he comes back next year. He wasn't exactly meant to come in his first year and start tearing things up. I hope he's getting more playing time because Roberts is an absolutely awful PG. I'd rather Austin take his lumps at learning the PG position than see Roberts supposed to be a PG.

Replacing Thomas, Roberts, and Henry should automatically make our bench better. It seems as if Thomas goes up "strong", it is blocked or stripped 100% of the time. Seriously, I don't think I've never seen someone of his size get denied so many times near the rim. Roberts, yeah.... Henry loves to drive in, jump, and either take a ridiculous shot or turn it over.

Frustrating game to watch between the coaching and officiating. Apparently the Lakers had 3 in the key free pass cards. Oh, Gordon probably should have had the ball more towards the end. 6-8 from beyond the arc? Com'on man.

Offline
I can see improvement in Rivers, which is all that was really expected this year. He is able to get to the rim fairly easily, he just has to finish better once there and hit his free throws if fouled. Both of those will come as he gets bigger and more acclimated to the pro game. The most impressive part of his game last night was his D on Kobe. You could see Kobe's eyes light up when he had Rivers 1 on 1, but was not able to do much other than dribble a lot or take a well contested shot.

Offline
Rivers is really starting to make strides. He played a good game last night in Cleavland, making good decisions with the ball. A few times I would have liked to see him take that 3 point shot, but over all he looks to be more ready for the shot when the ball hits his hands not than he did 2 or 3 months ago when he looked like he was just trying to keep his feet underneath him.

One thing for sure that kid has som lightning moves when he turns it on and I'm excited to see where his game and AD's game goes when they add some muscle and confidence in the next year or two.

I'm still wondering about Rivers being a PG though, But in Monty I trust....
Show hidden low quality content