Avatar: The Last AirBender was the best Cartoon show I've ever seen... (1 Viewer)

Online
Sticky Post
I hope that the movie does it justice, I'm guarded because it's Shymalan though I do hope he get's it right and can put his career back on track with this film. Anyone else interested in it? I re-watched the entire series on Netflix streaming with my 6 year old daughter and she loved it, so now I have a valid excuse with my wife for going to watch it....

Maxp said:
After watching The Happening, I will NEVER watch another Shalamadingdong movie in my life. Sorry he ruined yet another movie. Why oh why do people give him money to make new films?
Click to expand...


Not too bad. It maybe awful, but if the studio makes their money back + more, he'll keep getting chances. (this movie can't possibly be worse than "The Happening")


Not too bad. It maybe awful, but if the studio makes their money back + more, he'll keep getting chances. (this movie can't possibly be worse than "The Happening")
Click to expand... 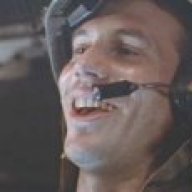 
Not too bad. It maybe awful, but if the studio makes their money back + more, he'll keep getting chances. (this movie can't possibly be worse than "The Happening")
Click to expand...

the movie cost almost 200 million to make. It was terrible. I felt like I was watching a bad power rangers episode. It was horrible. Character development Narrator: "Hey the main white kid is in love with the princess you just met on screen for 5 seconds." That was the setup for their romance. Also you really don't have any reason to root against the fire bender's. It was horribly rushed. I would rather them spend an extra hour to set up plot development and story structure than this piece of trash.

theicebox said:
I never watched the series
But yall say its great.
I might have to take a look at it.
Click to expand...

the series has some of the best characters and the best storyline of any cartoon/anime currently available.

theicebox said:
I never watched the series
But yall say its great.
I might have to take a look at it.
Click to expand...

You should. It's one of the best animated series I've ever watched and I'm sure others here would agree.

Anyway, It may not be bad for those that have never seen the series before (it probably still is bad), but if you got into the series then you will rebuke this movie over and over. I'm trying to pretend it never happened

Offline
The three main characters performed some of the worst acting I've seen by professionals. The scenes where they speak to one another are laughable and almost forced me to walk of of the show....and that says a lot considering the price of admission, but yeah, it was close.

Sucks too, because the storyline seems like it could be kickarse. FYI, I've never seen the cartoon.
OP

Online
It made 70+ Million over the first five days... beat all expectations... which I guess is good for the series though Shyamalan needs to be beaten for what he did to absolutely murder it the way he did.

Sokka wasn't funny... he's hilarious in the show
Katara was weak and lame... She's strong and an emotional core to the show
Aang was lifeless... His bright eyed optimism and playfulness is what made him so great.
Uncle Iroh was not as wise and not as funny as he is in the show.

I thought Dev Patel did the best job of anyone as Prince Zuko... it's too bad the script was so bad and they pronounced the names all wrong.

Offline
Ya'll are apparently just too ignorant to "get" Shyamalan.

That&#8217;s the other thing about Shyamalan&#8212;his storytelling method is very deliberate. &#8220;Lady in the Water&#8221; is another frequently-trashed Night flick. When I hear someone trash-talking it, I find it to be a primary indication that the person is a) not a writer; b) not a decent storyteller and c) may lack comforting memories of fairy tales and childhood storytelling sessions.
Click to expand...

Offline
I took to 9 year old daughter and 15 year old son to see it yesterday. My son thought the movie was ok, good F/X but they got several things wrong from the cartoon. My daughter loved it and i a caught her practicing the bending moves in the living room later that night.

I've never seen the cartoon. I enjoyed the movie and left the theater feeling successfully entertained. I didn't know this was part one of a trillogy, and would definately look forward to move movies. There were a few parts that cheesey, but i was ok with that, this is a remake of a cartoon after all. The special effects where top notch, and i personally like Shymalan's (or how ever his name is spelled) movie making style. The longer then normal single shot fight sceens i thought were well done.

Offline
Going into this film my expectations are below sea level due to all the negetive reviews, so I expect the movie to outlive the lowered expectations.

Most of the complaints are really due to the voice over narrating. But if this movie is supposed to encompass the entire 20 episode season one, I can't see any other way to jam 20 episodes worth of overlying plot then to move the story along via Narrator. The opening sequence of the series is narrated by Katara so I don't have a problem with someone force feeding me a little plot movement.

I'll be viewing this movie this evening and will share my review afterwards.

Prenote: Dragon Ball movie was so terrible when it comes to the actual storyline of Dragonball. But I was entertained by the movie and happy to see it in live action. I wasn't satisfied that they left a few key characters out of the movie, but I accepted it as a reimagined version of the DB world.

I expect avatar will be more truthful to the story of the series and if it does hold true minus a few minor changes from the series I believe I will be content with the movie.

Offline
ok, so after viewing this thread i decided to not see the movie and watch the cartoon instead. I watched Book 1 and absolutely loved it, and I hate animated series entirely, even DragonBallZ.

so I decided to go see the movie. 3 problems with it.

1) they tried cramming in way to much in such a short time. The movie should have lasted nearly 3 hours with showing more in depth character development.

2) the characters in movie we're entirely wrong. Mostly exact opposites of what they were in the animated series, which is in large part that gave the animated series so much life. The Air Bender was not playful and trying to hold onto his child playing ways in the movie. the Sister was not strong in the movie. and the Brother was not funny like he should have been. Also, the sister in the movie always looked like someone kicked her favorite dog. and the brother and the monk were entirely lifeless.

3. the acting was literally atrocious in every aspect that you can imagine. I literally let out a laugh more then once during the movie laughing at the horrible acting job.

So lets sum this up. Terrible acting. Terrible directing. Great plot and story jammed into a short time that made little sense. Great visual effects.

Futhermore, I went onto watching Book 2 and 3 of the animated series and I still can't get over how awesome it was.

Oh, ya and in the movie, the directing was so horrible, that background fights weren't even happening during fight seens. If the airbender was suppose to have the attention in front of the camera pulling off some good visual effects, if you looked in the background you would mostly see.... well, nothing happening. No really. Like the "Blue Spirit" in the camp trying to break monk free. theres a point where if you look in the background while airbender is pulling some good effects, blue spirit and some fire benders are kinda waving swords around like a couple 5 year olds waving sticks around. it was TERRIBLE.

Offline
My daughter has binge watched The Dragon Prince on Netflix. I found myself watching many of the episodes with her. She asked me to look up when Season 4 is coming out and in doing so I learned that the show is by Aaron Ehasz, the head writer for Avatar: The Last Airbender.

It has very strong ratings and seemed well done from the few episodes I watched. 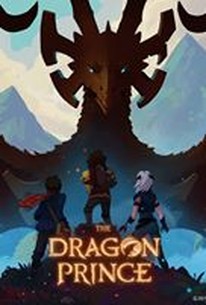 Synopsis:An extraordinary discovery inspires two human princes and an elven assassin to team up on an epic quest to bring peace to their warring lands.