Bad form to run up the score? (1 Viewer) 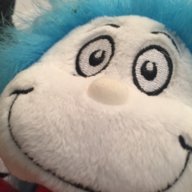 Offline
I often hear it's bad form to "run up the score" on people, but I couldn't disagree more. If you're that much better than you're opponent, you shouldn't go easy on them, you do what you're paid to do. Score. Embarass the over hyped northeastern team so bad it forever changes how they're covered in the media.

Maybe I'm just greedy, and want the Saints to have every gaudy record possible, but beating the Jets 56-10 rather than 38-10 would send a big message. I want to hear "sanchez" and "wakeup call" in the same sentence. I want "are the saints for real?" to be a stupid question.

I want a dodeca-burger pasted on the foreheads of rams history.

I want relegation brought up after a team plays the saints.

Run up that score! It's the Who Dat Way! 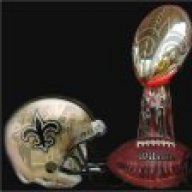 Offline
You can never score enought points.
Case in Point: Bills comeback vs. the Oilers. I don't remember the score or the year, but it was a lot of points.

Offline
I'm with you. NO MERCY!! 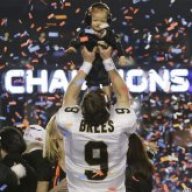 Offline
The "bad form" comment is just something that fans say because they're mad that the game is moving out of reach. They want you to stop scoring when you're up by 2 TDs so that they have a chance to come back and win.

Offline
If you have a big lead by doing something right. Why change your game plan and risk loosing. Scoring big on a good defense lets the rest of the league know how good you are. Did the 06 Bears ease up on defense when they were killing someone? No. They kept the pressure up and put fear in the minds of their opponents. Nothing wrong with doing this. Make other teams afraid to play you. Make them nervous. Make them make mistakes. We want other teams to be afraid of what we can do. This is a good strategy that works in your favor in the long term. Remember how hard the Giants played against the Pats in that meaningless game. They no longer feared the Pats. They believed they could beat them when they went to the S.B. Guesss what they won. Don't let any team think they can beat us. That's what I say.

Offline
They're all professionals....It their job to stop the offense.... 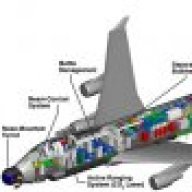 Offline
Once you have a sufficient lead, it's just good strategy to try to get to the end faster. If you CAN run out the clock, you should. Fewer plays mean less chance of injuries to weaken your team in the long run and fewer opportunities to screw up and let the other team back into the game.

The mistake that teams make is thinking that this means you must become ultra-conservative and run straight dives up the middle out of the I-formation every play. Getting first downs and moving the ball methodically down the field to eat up clock is the point, and if you have to throw the ball to do that, then that's what you should do. Once you have what you feel is a safe lead, then you need to get out of the game before the other team has a chance to come back/ your team has a chance to screw it up.

Offline
Steve Spurrier said it best while he was at Florida. He said it's up to the other team to stop them, not up to them to stop themselves.

Online
There's a difference between scoring a lot of points and actually deliberately embarrassing the other team IMO.

I think in the pros you can pretty much score as much as you can. If they don't stop you, that's their problem. But if the game is out of hand, you don't keep scoring with wild trick plays or anything like that. Players and coaches will remember that stuff for next time around - whenever that is.

But simply running your offense into the fourth quarter is pretty much expected. As somebody pointed out, stranger things have happened in the NFL.

Online
The Jets will be blitzing even if it doesn't make any football sense to blitz. If we get the chance, we'd better run up the score. This is Wrecks Ryan. He's owed some payback. 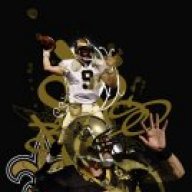 Offline
In High School, yes. In the NFL when you are paid to play... No.
Show hidden low quality content