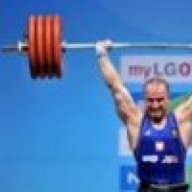 Offline
HAHA...JEEZ I totally forgot how much Hanson rocks...mmm bop for life baby! 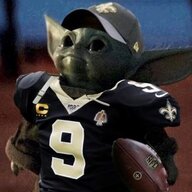 Heh, a lot of the stuff mentioned on the other thread I like.


well....you are just showing your age

Offline
+1 to Clutch. Subtle Hustle is one of my favorite songs.


The Black Keys (seeing them next Saturday


me likey....which album of theirs would you recommend for starters??

Offline
All of them. The latest two are perhaps the most complete albums.

1995 Clutch - first album fitting of the name, second youtube is off this, I would link Spacegrass too but there's a GGW a couple minutes in.

1998 The Elephant Riders - first one I bought so I'm biased, a bit overproduced in some areas but almost all the tracks are good.

2000 Jam Room - self released, some of my favorite tracks but a bit eclectic.

2001 Pure Rock Fury - I didn't care for the production on this one much, still a decent album though.

2003 Live at the Googolplex - Live/new/unreleased, made for fans who need more.

2003 Slow Hole to China - Self release, studio version of unreleased songs, some good songs but not the best cohesion.

2004 Blast Tyrant - First youtube is off this, Mob Goes Wild also, one of my favorite albums.

2005 Robot Hive / Exodus - Similar sound to BT with added keyboard, Burning Beard is off it but not my favorite of the CD, another good release.