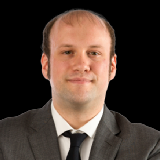 For years, the New Orleans Saints held back Drew Brees from winning his second Super Bowl. Now, could the biggest obstacle for the 2019 Saints actually be their star quarterback?

They enter the season with a 15.7% chance of winning the Super Bowl per ESPN's Football Power Index, odds that are second in the NFL behind the Chiefs, but those numbers surely rely upon the future Hall of Fame quarterback continuing to play at his accepted level of greatness.

In 2018, Brees was great ... until he wasn't. Through the first 11 games, he put together what might be the best stretch of play we've ever seen from an NFL quarterback, with the Saints starting 10-1 while averaging more than 37 points per game. Over his final four games of the regular season and in the Saints' two postseason contests, though -- sandwiched around a Teddy Bridgewater start in Week 17 -- Brees looked ordinary: