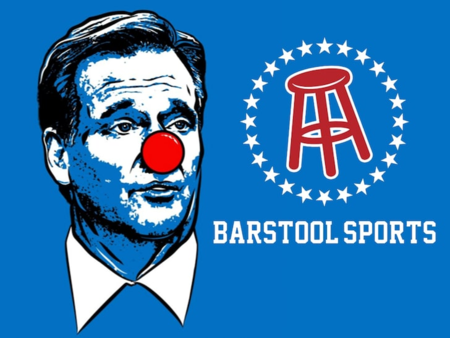 Barstool Sports is being sued over its most iconic image -- Sad Roger -- with the guys who allegedly created the shot of Roger Goodell with a clown nose claiming Barstool has been using it without permission.

The guys behind the suit are Jake Bernier, Kenneth LeMarier and Joseph Bernier ... who claim they created Sad Roger and licensed it to Barstool for a "one-time use in 2015."

The image became the face of Barstool's war against NFL commissioner Roger Goodell when he went after Tom Brady for allegedly deflating footballs during the 2014 NFL season.

The image was a hit with Stoolies -- many of whom rocked Sad Roger towels at the Patriots 2017 home opener. Sports Illustrated reported Barstool spent $140,000 to give away 70,000 towels that day.

Similar threads
Saints players and other key sports and public figures are angry at Drew Brees for his anthem comments
The Saints aren’t sticking to sports, and neither should you.
Walker: Harsh realities of racism in everyday life won't allow us to just 'stick to sports'
NS - Argument on WWL radio sports talk
Anyone see any of the Sports Annual Magazines in any stores?
Share:
Facebook Twitter Reddit Pinterest Tumblr WhatsApp Email Link