Battle is on for Saints returner jobs (1 Viewer) 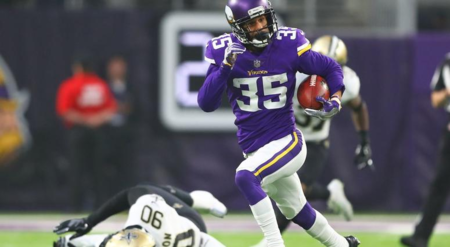 Two of the most intriguing battles unfolding at Saints training camp are those for the kick and punt return jobs. Head coach Sean Payton has been open about his desire to improve those two areas this season as the Saints try to make another push to a Super Bowl.

The team signed Marcus Sherels this offseason, a veteran returner who is entering his 10th season in the NFL. Sherels has spent his entire career in Minnesota, where he specialized as both a kick and punt returner for the Vikings. While competent, he was anything but spectacular. Sherels averaged a healthy 12 yards on 23 punt returns last season, but saw his opportunities as a kick returner diminish. He returned just two kicks for 24 total yards last season, and had just 17 total kick returns in his last for season with the Vikings.

While Sherels is the defacto frontrunner for each job, he's no lock to make the final roster. There's a reason the Vikings felt comfortable letting him go in free agency, and the Saints could be looking for more big play potential than what Sherels can offer in consistency. ...