Be honest - how many of you gave up and stopped watching? (1 Viewer)

Offline
Just saw a FB post from a Saints fan that turned it off when it became 28-3 and went to bed only to wake up this morning to about 30 "ROFL/LMAO" texts and that's how he learned the news.

So let's hear it; did any of you lose hope? I kept it on, and was just going to sulk for the entire fourth quarter/celebration, but obviously the football gods had other plans.

Offline
Same here. Put my daughter to bed and then saw it was 28-9. I went to bed sad, but woke up happy

Best Monday in a long time

Offline
Me. Wasn't that interested to begin with. I did catch the end though because I tuned in to watch 24.

Offline
Watched the whole thing. I was hoping to see the most amazing comeback ever. Sometimes, hope is rewarded.

Offline
Took the kids home from my sister in law's in the third quarter.

By the time I had gotten done putting my younger daughter to bed it was getting interesting....so got to see everything unfold. 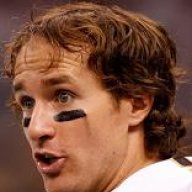 Offline
Went to bed when it was 28-3.
Heard fireworks going down right outside my bedroom window.
I'm all like, "What the Fork! we got some Clown fans in my neighborhood now??"
More fireworks going down in the distance.
Decide to figure out why a bunch of Saints fans are celebrating the end of this Super Bowl.
My frown and pessimism: gone. 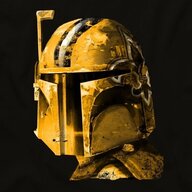 Offline
I gave up, physically changed the channel, but my Nephew was like, "Turn it back! How you gonna just change the channel on MY TV". So I turned back to the game and told my sister, "I'm ready to go home". Well, as soon as I turned back, it's like you could see the momentum shift, so we sat there and just talked smack for a minute. The whole time, the Patriots just kept fighting back. I hugged my Nephew after the game...

Offline
We were close. My wife thought the Pats didn't show up, were too smug and then went to bed in the 4th quarter. I kept telling her it's not over, but it wasn't looking great. I stayed to watch.

I had to contain my excitement when the Pats tied it up, since everyone else was asleep.

Offline
I watched every glorious second.

Offline
I kinda gave up but never stopped watching.

Offline
I stopped watching after the first half, but knew Tom Brady was going to do something. I took it as a big MAYBE he can pull it off if I stop watching. I did followed it on NFL.com but didn't even turn on the TV. Got nervous.

Offline
I was on the patio cleaning out my smoker and my grill, and just kept the game on. The kids were asleep and my wife was dozing off on the patio sofa, and I started zoning out thinking about my workday - today. Everything changed when Freeman whiffed on a block and Ryan fumbled.

Yes, I had thrown in the towel on the game at halftime and can't tell you why I kept it on.

Offline
Nah, I didn't watch it - and never intended to. Gotta be at work at 6:00am. Two teams that I despise. So I just recorded it, to watch it tonight.

But oh man, I'm definitely going to WATCH it tonight!

Offline
When ATL went up big, it made me more interested in the game. I knew the Pats would come back, but I didn't know if they could come all the way back. Haven't been this happy about a SB since 44.

This SB proved that a football team is more then the sum of its parts.

Offline
My dad bailed on me. He left my house and went home as soon as the Falcons went up another TD in the 3rd quarter. He said he simply could not watch the Falcons win.

Never giving up hope in #FailconFailure, I watched the whole thing, and when the Pats were only down by eight, I called him to tell him he had left too early. He said, "No way." I let him know that all the Pats had to do was get the ball back and score and make the two point conversion. He said, "That's not happening." He actually made me stay on the phone and give him a play-by-play, as he is elderly and had already gotten in bed and didn't want to get back up to go all the way to his TV. As a good son, I did so.

This morning, my 82 year old dad is hash-tagging, emojiing, sending out messenger attachments and memes as if he had never bailed..... What a guy!