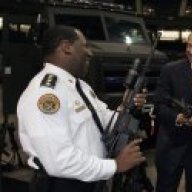 I come to you again almost a year later from the success story we had last year with bigdog and Suzie, the black lab who was on the brink of being returned to a shelter where she would face an uncertain future. For those of you who remember that, it was definitely a touching experience.

This situation is a little different, but just as desperate.

I received a phone call yesterday morning that a beautiful Catahoula dog was about to be put down at a Baton Rouge area shelter. The lady calling said the dog had been dumped in her yard. She kept him for about 3 weeks and then when the husband said he had to go, she took the dog to parish animal control. She told them to try to adopt him out but call her before his time was up so that she could try to find other arrangments for him. Yesterday she received a call saying that the dog's time was up. He wasn't adopted in time and he had minutes before he would be euthanized.

I wanted to intervene so I called the shelter and asked the girl if the Catahoula had been put down yet and if not, to please hold off because I want to help. She said she thought he was already dead but put me on hold to check. She came back to say that the vet had already drawn the needle with the medicine that would put the dog to sleep but that she stopped the vet right before she injected it.

I rushed over to the animal shelter not knowing what to expect. I found a beautiful, year old Catahoula mix (but looks mostly Catahoula to me) frightened out of his mind. Its almost like he knew what almost happened. I brought him home to find out he's very gentle with us, our 5 other dogs (we're filled to the max), and even with children and cats. We named him Roscoe and he's absolutely wonderful.

I'm done a lot of animal rescue over the past few years and I know alot of shelters around here put down good dogs everyday. I've done 11th hour rescues many times before. But something is really touching about this story for me. To know that this dog was literally seconds away from death is something thats very emotional for me. This dog could have died and no one would have given a care in the world.

I'm having Roscoe neutered next week and he's had his vaccinations, heartworm and flea meds. He will be all ready to go to his forever home.

Please take a look at Roscoe and see if you have space in your home and your heart for this sweet boy. Let me know if you have any questions or you think you can help. Please ask anyone you know who may be interested also.

We had a happy ending on Saintsreport here last year, and I'm hoping for another one again this year

Offline
If I wasn't renting I would come and get him today. Beautiful dog! Hopefully SR comes through again.

Offline
Great story... it's really sad that these animals are put down.
OP
OP

Offline
Thanks y'all. It really is a shame. Shelters in New England pay top dollar for dogs like these. Their shelters are full of pit bulls. They pay hundreds of dollars for labs and catahoulas from rescues while they die in southern shelters everyday.

Offline
Is there any sign of food aggression?
OP
OP

FLEA said:
Is there any food aggression?
Click to expand...

No food aggression at all. In fact, we made the mistake of giving him a bone and my other dogs came storming out, stole the bone from him and I don't think he ever even flinched. We usually try it out with all our fosters to see their attitude and how they handle it but I usually feed all 6 dogs separately to make sure they are eating.

Offline
Let me see if the Ole Lady (tm) can tolerate another dog. This is what we have now....60 lbs of year old hound.

FLEA said:
Let me see if the Ole Lady (tm) can tolerate another dog. This is what we have now....60 lbs of year old hound.
Click to expand...

Great! We have already had 14 fosters dogs funnel through our home just this year and I can pretty much say that within the first 24 hours of having a dog, we have their personality and demeanor figured out. Our permanent dog is a 75lb 3 year old lab who is alpha female and is the top dog. Usually, if we see a foster dog buck up to her within the first 24 hrs, we know we are going to have to keep them separated. But if we notice they cower away or just let her be in charge, then they are usually submissive to her the entire time they are here. Roscoe has let her run the show, so I'm confident to say he won't be aggressive.

If you or the ole lady are worried about integrating the dog with the dog you have now, we're pros at that and can help any way needed. Also, I can hook you up with a dog trainer through the shelter that may be able to help for free.

Let me know whatever I can do. Thanks for looking into it!
OP
OP

FLEA said:
Let me see if the Ole Lady (tm) can tolerate another dog. This is what we have now....60 lbs of year old hound.
Click to expand...

Wow, I wasn't able to see the pic before. Beautiful dog!!! seriously. Your yard is like 3 times the size of mine haha.

Offline
My yard is 40' by 40' including the front yard. Once the old lady next door dies, we are going to try and buy their empty lot. LOL Until then, no doggie for us. No room.

Online
I have a catahoula mix and he is an amazing dog. He is good with children, cats, other dogs, boats, cars, and pretty much everything. Would love to help you out, but I have no room left for another dog. 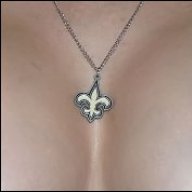 Offline
I would take him in a heartbeat if I wasn't way the heck out in AZ.

Offline
That's a beautiful dog. I will run this by the wife. Definitely put me in the tentative queue behind flea, though.
OP
OP

Denzien said:
That's a beautiful dog. I will run this by the wife. Definitely put me in the tentative queue behind flea, though.
Click to expand...

Thanks, y'all. I will help in any way I can. Keep me posted. 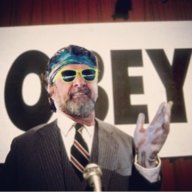 Offline
If interested, what will be the cost to adopt? Also, how quickly do you want the new owners to come pick him up? If we decide to adopt, I have will have to make upgrades to the area my wife and I will keep him.

I've been trying to get a second dog to keep our Schnauzer company for years. The wife thinks it would be some huge hassle for some reason. It's not like we don't already own a dog. Looks like I might have to pull my name out of the hat.
Show hidden low quality content