Online
These guys speak in a sort of monotone, and might put you to sleep. But they do provide decent insight and perspectives. If you're an info junkie... you'll be into it. But if you like a dynamic & exciting presentation...

<> Trubisky day-to-day, but a fair chance he'll play. If not, Chase Daniel is on standby.

<> Akiem Hicks probably a scratch (not going to play)

<> They talked about the Bears' offense, and how it needs to improve.

<> Commentators said that the Bears (even though they are 3-2) have "a lot of heart, and don't give up." Spoke about the team at practice today... said the team was upbeat and ready.

<> Bears' receiver (Allen Robinson) has been catching 71% when targeted. Said that he understands coverages; knows where to sit when in zone coverage.

<> Special Teams: The Bears' punt team covers well; can flip the field to their advantage. However, later in the podcast they said that the kickoff team has some stuff they have to clean up. They spoke about Deonte Harris, and know how dangerous he is.

<> They gave kudos to Coach Payton. One of the commentators have played golf with CSP. Said that he knows how to use his personnel. Called Bridgewater a "playmaker."

<> They spoke about Cordarrelle Patterson and sounded like they anticipated a good game from him this Sunday.

The latter part (last 10-12 minutes) they spent a lot of time talking about their players, and strategies the Bears need to incorporate. It's sort of boring, but some of it will give us a heads-up on what to expect from the Bears.

Again, not the most exciting podcast... but it did give us some inside information.

Offline
Thanks for posting this. 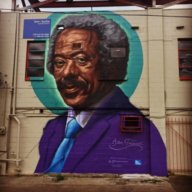 True; I should have remembered that.

I was too focused on their conversation, and their speculation on when he'd possibly return later this season. Dang, that was painful to listen to because of how utterly boring it was.