Behind the competitive fire that fuels Michael Thomas (1 Viewer) 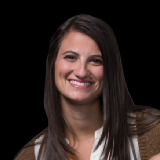 Michael Thomas repeats his mantra like it's a verbal tic.

"I feel like I've been having to earn it my whole life," he says. "That's just how my story's been. I found a way."

That time in high school when he was just a raw, late-blooming junior who couldn't crack the lineup? He found a way, in the spring that followed, to have the best offseason his high school coach says he has ever seen. That time when his monster offseason gave way to a monster senior year at Taft High -- never once dipping below 100 yards receiving in a game -- but still didn't yield the big-time college offers he craved? He found a way, eventually, to lure Ohio State, after a brief interlude at a military prep academy to fine-tune his skill set. That time when he was redshirted as a sophomore in Columbus? He found a way, the very next season, to reinvent himself as a starter, culminating in a balletic, tiptoe-catch at the edge of the end zone in a playoff win over Alabama. That time when five receivers were taken off the 2016 draft board before his name was called in the second round? He found a way, in the three seasons since, to transcend them all. ...