Ben Watson to Roger Goodell on Saints-Rams no-call silence: 'Lead by example. We are waiting.' (1 Viewer) 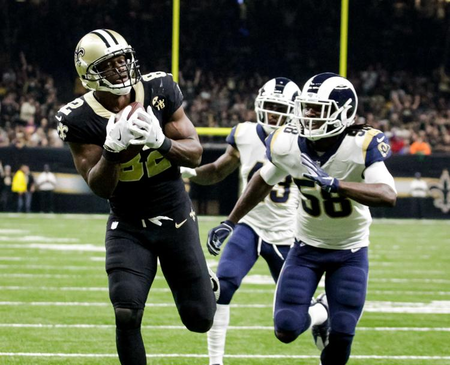 Like most of New Orleans, Benjamin Watson is still waiting for an explanation from NFL Commissioner Roger Goodell on the controversial no-call in the NFC Championship game.

Watson, a tight end with the Saints who missed the game against the Los Angeles Rams with appendicitis and retired from football at the end of the season, posted a letter to Goodell via his Twitter account Thursday afternoon.

In it, Watson says Goodell's silence on the issue is "unbecoming" of his position, "detrimental to the integrity of the game and disrespectful and dismissal to football fans everywhere."

He also lets the commissioner know he's not off the hook from explaining the league's response to the no call. ...