Best trade the Saints have ever made? (1 Viewer)

Online
This ESPN column picks a best trade ever for each team. For the Saints, Triplett chooses the trade of Pat Swilling to the Lions for draft picks that turned into Willie Roaf and Lorenzo Neal. A very fine choice to be sure.

Having come into my Saints fandom somewhat later, my first thought was the 2008 trade for Jonathan Vilma: we sent the Jets two picks that turned into Dwight Lowery and Deandre Levy; we also got a pick that turned into Stanley Arnoux, but that part is best forgotten. We don't win the Super Bowl without Vilma. I'm sure there's other good candidates.

The price wasn't cheap, because they gave up linebacker Pat Swilling, who had 76.5 sacks in seven seasons with New Orleans. But the Saints wanted to get tougher in the trenches, so they traded him to the Lions for the No. 8 and No. 89 picks in the draft. With that No. 8 pick in the 1993 draft, they landed Roaf, one of only two primary Saints players in the Pro Football Hall of Fame. Roaf was selected to 11 Pro Bowls with the Saints and Chiefs and was on the all-decade teams in both the 1990s and 2000s. Neal was a nice bonus, too. He became a four-time Pro Bowler while playing for seven teams in 16 years. -- Mike Triplett
Click to expand...

Best trade every NFL team has ever made


And not so good
Simoneaux 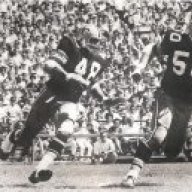 Online
I agree with you. Vilma's reads in the second half of the Super Bowl were money.

Offline
In terms of success, Vilma has got to be #1. He played as big a part as anybody not named Drew Brees in us winning a Super Bowl.

In terms of sheer value, I've got to put Mike McKenzie up there. We got him for a 2nd round pick and J.T. O'Sullivan, and he anchored one side of the field for the better part of 6 years, and was a big part of the Payton transition in 2006 after the Katrina season. Plus, you couldn't ask for a better guy.

Pick-wise, I don't go too far back. The Ricky Williams to the Dolphins trade had the potential to be a good one. We got Charles Grant with one first rounder, and had we used the other one who knows what could've been. Instead we packaged it for Jonathan Sullivan, and we all remember how that turned out. Playing wishing what if's and using hindsight (because we would've been laughed out of the league for making these picks in 2003), Polamalu was picked one pick before our original pick at 16, but we would've picked back to back at 17 and 18. Imagine if we'd have turned those picks into Charles Tillman and Anquan Boldin or Jason Witten.

Offline
Triplett is correct. Swilling was an all time great Saint but at that point in his career, he was past his prime. For him, the Saints got Roaf, a Hall of Famer and maybe the best player at his position in the history of the NFL. Hard to top that.

Online
As a matter of interest, I noted that 2 other trades involving the Saints turn up on this "best ever" list:

the 2002 trade that sent Roaf to KC for a 3rd was the Chiefs' best ever, and, I suppose, one of our worst, especially since we used that pick to get Tebucky Jones;

the Lions were very happy with the 1991 trade of a 5th rounder for Brett Perriman. 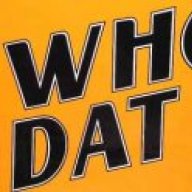 Offline
No question the Swilling / Roaf was the best value trade the Saints ever made. Saints sold high and bought low... Too bad there wasn't much talent left around the time Roaf was drafted. Those were the death throes of the Mora regime and then the dark ages of Ditka. Roaf deserved better... 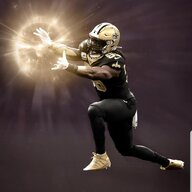 Offline
We all know the Rickey Williams trade will go down as one of the worst. But I believe we got 2 1st round picks in return we traded him to the Dolphins. I don't recall the players we drafted but we got two 1st picks if memory serves me right.

Offline
Not putting him as an all time best pick... but Unger for Graham = advantage Saints. 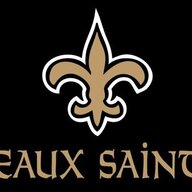 Offline
I wouldnt say its our best trade ever but the move to Trade up for Morestead looks a better idea with every season.

The role he played in Ambush was huge for us.
Posted via Mobile Device

Offline
The Mike McKenzie trade is my favorite. We had a big need at corner, and it was one of those moves everyone on SR was hoping would happen for months. We got him and he paid immediate dividends, catching that INT at Dallas and leading us to 4 straight wins and within a Doug Brien (of the Jets) missed field goal from the playoffs.

It was great to have him as a Saint, and it was awesome that he had a hand in the Super Bowl year. Ill never forget that Monday night Patriots game where he was signed off the street and caught a pick and had a big fourth down pass breakup near the goal line.

What a great, underrated corner he was.

Bush Time in NO said:
Triplett is correct. Swilling was an all time great Saint but at that point in his career, he was past his prime. For him, the Saints got Roaf, a Hall of Famer and maybe the best player at his position in the history of the NFL. Hard to top that.
Click to expand...

Bellichick does that all the time. He knows when a player's performance trajectory is about to turn downward, and when the time is right to maximize trade value.

Yea Saintaholic, I remember how happy we were to get McKenzie. It was a big deal to get a real live CB.

Offline
Maybe a tie between Swilling/Roaf/Neal and Vilma. Neal, however, became a great FB only after he left the Saints. Roaf is a HOFamer and Vilma was vital to the Superbowl season and victory. Sorry, I can't choose between those two. And Mike McKenzie was probably the best CB in franchise history so far--but then, the Saints have not been known for great CBs.

This is an interesting thread. We complain loudly about awful personnel decisions and underappreciate the good ones.
Last edited: Nov 2, 2016 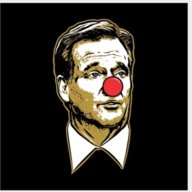 Offline
In the modern era I would say Vilma and Mike McKenzie.

And later that year, we traded Stallpepper for Simoneau and a pick that I think we used on Bushrod.

That was some cool shenanigans.
Show hidden low quality content