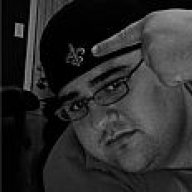 Offline
Re watching the game on DVR and had kind of forgot about the TWO HUGE plays Dunbar had in a row... we were up 17 and the cowgirls were driving in our territory. Jo-Lonn made a big stop on third down but when the Cowboys went for it on fourth he made a fantastic stop on Barber to turn the ball over on downs... We were up big at the time so I felt like maybe these plays got lost in the shuffle... but given how the rest of the game played out, these plays may have been almost as big as the Jenkins play. Just wanted to give credit where credit was due!!! WHO DAT!!!!!!!!!
Show hidden low quality content