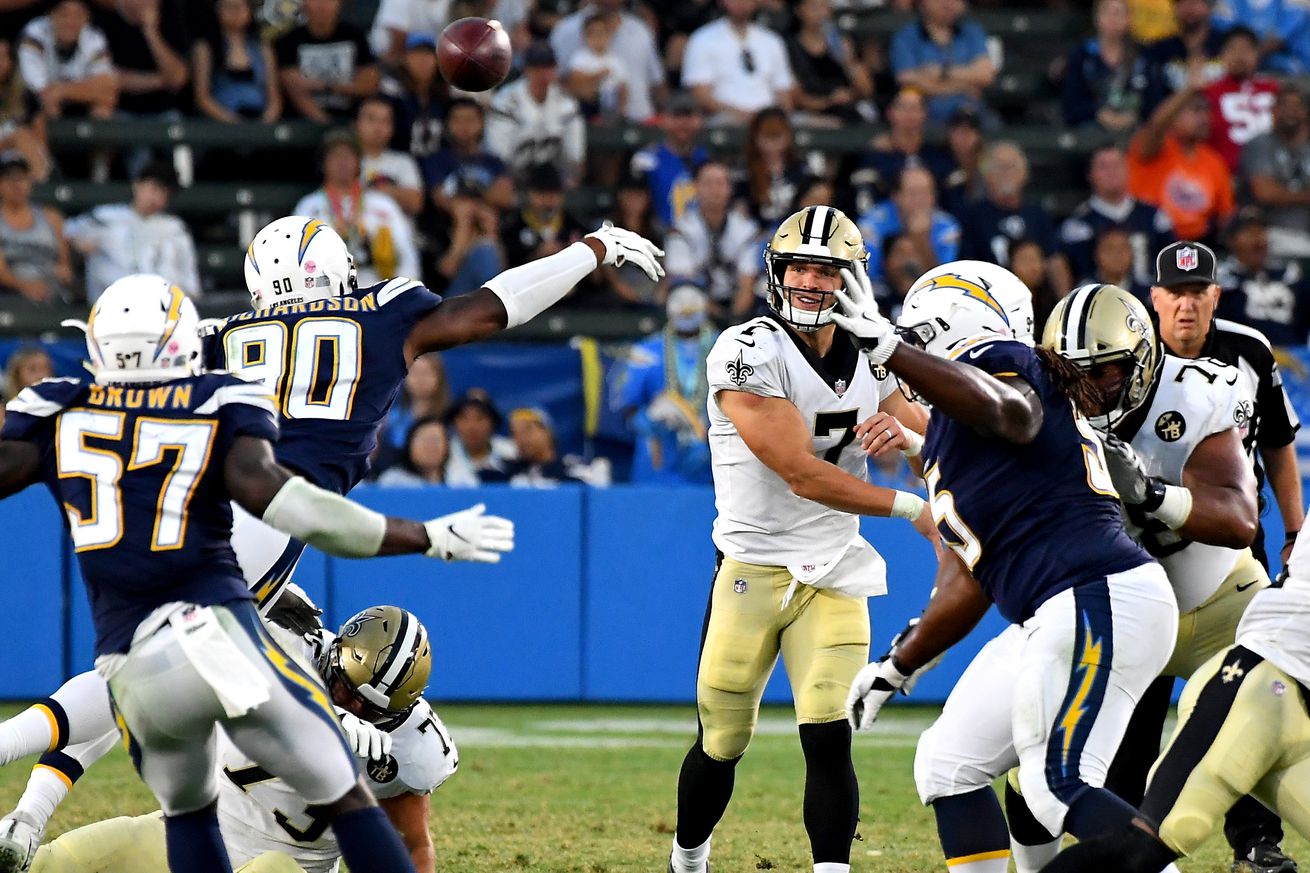 Photo by Jayne Kamin-Oncea/Getty Images
Here’s a recap of the offseason for the Los Angeles Chargers.

Preseason football is still football. As we continue the Saints preseason, let’s look at a recap of the offseason from their next preseason opponent, the Los Angeles Chargers, brought to use by our friends over at the Bolts from the Blue. 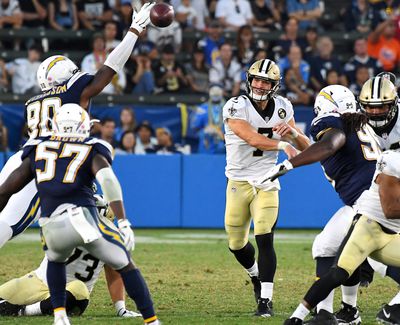 9.5 wins -- Over. The division is still set for the Chargers to win at least 4 of their 6 contests against KC, OAK, and DEN. While they have some tough match-ups to begin the season, games against struggling offenses like the Bears, Jaguars, and Dolphins will likely give the Chargers the needed boost to win double-digit games, once again.

DT Jerry Tillery and S Nasir Adderley. Both play positions that the team was sorely lacking in terms of talent. Tillery provides a massive presence and a pass-rushing threat from the interior that the Chargers have needed sorely over the last few seasons. Adderley is the perfect match to Derwin James’ game. While James will spend most of his time in the box and up towards the line of scrimmage, Adderley’s impressive ball-skills will be on full display as he patrols the deep-third in the team’s Cover 1/Cover 3 scheme.

Position battle to keep an eye on:

I think the best position battle right now is at the cornerback spot opposite Casey Hayward. Mike Davis started nine games there in 2018 while Trevor Williams took a big step back following his breakout 2017 campaign. To be fair, Williams was apparently hobbled by an injury and wasn’t himself. At any rate, competition at one of the team’s best positions is never a bad thing.

Outside of the Melvin Gordon contract situation, the news about LT Russell Okung’s undisclosed injury has fans freaking out way more than they would like to. We should learn some more in the coming days as training camp gets underway, but it doesn’t sound good so far.

Will it be Austin Ekeler or Justin Jackson who will get the bulk of the carries while Gordon is absent from the team? Most assume it will be Ekeler, but Telesco has made it known that Jackson will be receiving a larger workload in 2019.

Obscure player on the 90-man roster that will be a preseason star (and likely later cut):

I can see 2019 UDF WR Jason Moore being a star during the preseason but ultimately getting cut as the team has far too many receivers for them to keep. I could also see UDFA RB Jeremy Cox out of Old Dominion having himself a decent preseason. He was a productive player when healthy in college and could provide an athletic presence at fullback, if that was the direction Anthony Lynn wanted to go.