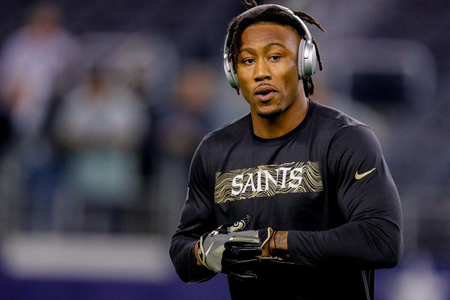 Brandon Marshall remains confident that his opportunity to contribute will eventually materialize.

The veteran receiver knows that he has a lot of catching up to do, but he feels he’s digesting things and is feeling comfortable in the offense. At the same time, he says there is a lot to process before getting on the field.

“You gotta learn everything,” Marshall said. “Coach does a great job of putting guys in position to be successful what I do might be different than other receivers. So, yeah, you have to know everything, but at the same time you have your role.”

Marshall signed with the Saints on Nov. 12 and has been inactive the last three games. New Orleans plays Tampa Bay on Sunday.

Coach Sean Payton called Marshall a quick study earlier this week, and Drew Brees echoed that praise after Wednesday’s practice. However, the quarterback also noted the team is crowded at wide receiver with Michael Thomas, Keith Kirkwood and Tre’Quan Smith all playing well. ...