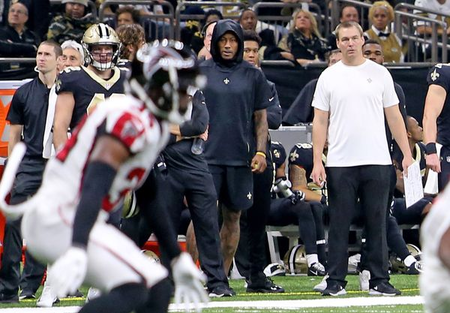 Brandon Marshall has yet to make his debut with the New Orleans Saints, but during his two games on the sideline, he’s been trying to learn as much about the offense as possible.

“I have a headset on and I listen to every call,” the wide receiver said Sunday. “I just play a mock game in my head.”

Being a healthy scratch is a new experience for Marshall, but the 13-year veteran said he’s been enjoying his learning process with the Saints.

From two weeks of practice with the Saints, as well as being on the sidelines, Marshall said his habits are improving. He’s learning a lot from quarterback Drew Brees and his other teammates, and he expects this experience to make him a better football player. ...