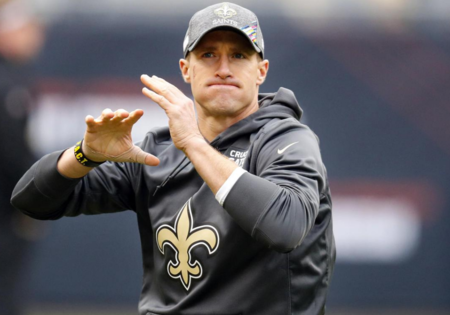 METAIRIE, La. (AP) -- While Saints quarterback Drew Brees plans to again wear a plastic splint on his surgically repaired thumb against the Atlanta Falcons this Sunday, chances are he'll be on the field with an offense that is as healthy as it's been since the quarterback was injured early in a Week 2 loss to the Rams in Los Angeles.

Tight end Jared Cook, whose injured ankle kept him out of two games, including Brees' first game back from thumb surgery in Week 8, fully participated in practice on Wednesday, as did No. 3 receiver Tre'Quan Smith, who has not had a catch since injuring his ankle in Week 2.

Dynamic running back Alvin Kamara, who has missed two games with ankle and knee injuries, also practiced on a limited basis, and teammates sounded optimistic that he looked close to being ready. ...