New Orleans has looked virtually unstoppable in a pair of dominating victories. Following a 45-27 home win over Detroit in the season opener, the Saints blew out the Eagles 48-22 in Philadelphia last Sunday.

Brees has totaled 669 yards passing and nine touchdowns in the wins, completing 75 percent of his passes and easily leading the league with a 132.9 passer rating.

Brees, however, is keeping the early-season success in perspective.
Click to expand...

Drew will be keeping some pretty good company come Sunday. My bet is, by season's end, he'll be in the Brady, Farve, & Kelly company by leading the Saints to SB 44, the same year he breaks his 10 TDs in the 1st three games record.

Offline
He should have 12 by the end of Sunday. WhoDat!!!

Offline
I am thinking 12 at least. Maybe 13. Just blow that record out of the water Drew. 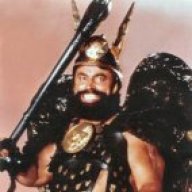 Offline
As low a level as the Bills are playing in their secondary, I would be a bit shocked if he didn't throw at least 3.
Show hidden low quality content