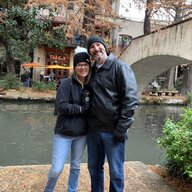 Offline
Sometime during the next 3 1/2 hours

Offline
Thanks! It's Solly, too, bonus!
OP

Offline
He's about to come on

Offline
Yeah...this sounds like he's not going to be a priority. Too many needs on D to just rely on the draft to improve it.

Offline
I understand JBs POV. However, IF we had the money, thatd be one thing, BUT he knows we're pretty cap tight right now. We have a new DC, and until he, SP and Mickey decide who to keep, restructure or let go to free up cap space, there's not alot that can be done.

So if JB walks, and we need the money and picks for D, who's gonna play LT? I cant believe that somebody suggested that Charles Brown, a #2 pick in the 2010 draft, who's started a total of 8 games in 3 years, and has ended every season going out on IR, who couldnt beat out Bushrod or Zack for either starting spot "will be given every opportunity to compete" for the LT starting job.

And thats supposed to make me feel good about the LT spot, the protector of our 100 mil dollar QBs blindside???

So what do we do? Either sign a cheap LT in FA, and/or draft one @ 15, or one later (in a thin OT draft). Drafting an OT will still take away a pick that coulda gone for a D player.

Bushrod will turn 29 this year, but has only been a starter for 4 years. He may not be spectacular, but solid and durable (look at whats been going on at RT the last 3 years). Then theres continuity, a huge factor for good O line play. IMO, JB and Grubbs were finally starting to get their game together the second half of the season. And now we have to start all over again???

But what I want and what the saints will do will probably be different. If we cant sign Bushrod, I think we'll sign a LT, and draft one in middle rds of the draft.
However IF Eric Fisher is there at 15, he's in.

Offline
We are not going to pay an average to slightly above average LT high end LT money. Bushrod was a PBer because of the Brees ran system he plays in and the guard play he benefits from. We can fill his spot with FA and or mid round picks. I was more concerned in losing Nicks.

Offline
Same thing they did with Nicks. They'll make a run at him but I think someone will overpay him.

Offline
I think it all depends on what Bushrod demands. Does he know he's a product of a system or does he really think he's a legitimate 2x Pro Bowler?

My guess is the latter although he is a humble small college kid, he'll chase the dollars and no one can blame him for that. 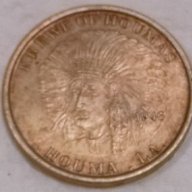 Saint Droopy said:
Same thing they did with Nicks. They'll make a run at him but I think someone will overpay him.
Click to expand...

I agree, someone will overpay, and JB will be gone.

Klenzade said:
I think it all depends on what Bushrod demands. Does he know he's a product of a system or does he really think he's a legitimate 2x Pro Bowler?

My guess is the latter although he is a humble small college kid, he'll chase the dollars and no one can blame him for that.
Click to expand...

Offline
Bushrod is a system's player...but that shouldn't be held against him by the Saints front office. He obviously fits the system very well and protects Brees' blindside.

Other team's, on the other hand, should consider that Bushrod is a systems player...and I think that they will consider that.

The Saints would be foolish to not resign Bushrod. He fits the system great and continuity with the other guys on the o-line. He is trusted by Brees to be able to go through his reads without getting killed. Obviously...he shouldn't be asking for Jake Long type money...but there is no way that the Saints are going to let Bushrod leave without giving him a good offer. The Saints will NOT do better than Bushrod this offseason. He should be priority #1 in my book.

Offline
I dont think JB will get offered a big contract like some are thinking. There are quite a few LT's in FA that are better. I have a feeling we sign him to a reasonable deal.

Offline
i will b shocked if jb stays. someone will overpay for an average ot.if a ot like fisher is there at 15 for us we take him.have to protect brees. we can get one in free agency. maybe draft one in the fourth round.
Show hidden low quality content