Offline
I haven't seen a group of guys more team oriented than the 2009 New Orleans Saints. Bush's diminished role is proof of that. Bush has accepted that his role in 2009 is less than in previous years but its all apart of a plan to make the team's playmakers make plays. Prime example was sundays comeback, it was a team effort that made it possible for a comeback like that. I think teams like that win championships. Earlier this decade when the Patriots faced the Rams in the Super bowl, the patriots were not announced by player, they decided to all come out at once and be announced as a team. The Patriots went and won that Super bowl. The lack of selfness in the locker room will get this organization to the promise land.

Offline
I'm sure keeping him healthy plays into it too.

Offline
I agree, it's a total team focus. The sad thing is that there aren't enough balls for everyone every game. I wonder if it's an accident that Henderson was missing in action two weeks ago while Meachem went off, then last week Henderson had some catches and Meachem was no where to be seen?

The Moose said:
sure!

SaintsNSuperBowl said:
I haven't seen a group of guys more team oriented than the 2009 New Orleans Saints. Bush's diminished role is proof of that.
Click to expand...

Unselfishness is a hallmark of this team, and Reggie stands out for
not standing out. But so does everyone else. I can't think of a single
player making noise or hinting that he is getting a raw deal. I think
that ship sailed along with Horn.

Offline
If yall haven't noticed, its already week 7 and Reggie has yet to have any signs of injuries. I think Payton is doing the right thing by keeping his playing time limited. A healthy but not as often used Reggie bush is better than a injured Reggie Bush. 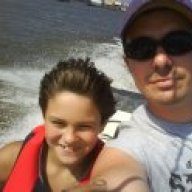 Offline
I think Reggie will get his touches when the time is right. Payton has this season planed out, and Reggie knows it, thats why he is quiet. eventuly defences will have to stop keying on reggie and thats when they will open him up! It is coming SOON!!!

Offline
The Saints have soooo many weapons on Offense. Why over use any of them.
4 really good receivers.
3 running backs.
1 FB that can run, block and catch ( out for a few weeks)
1 great TE and a new TE that is showing good signs.
Last but not least a QB that can dunk at 6 ft. tall !!!!!
A defense that has scored 5 times in 6 games.

Offline
His reduced role is the result of 2 things: 1) Pierre Thomas 2) Mike Bell. End of Thread.


He still sees more snaps than either of those guys. His role is not "diminished," it's just different. No reason to run him ragged since we have two guys who are much more expendable that can do the job. And if one of them breaks down (which is likely) we can get someone else in there, keeping Reggie healthy and on the field. Reggie's role at this point is much bigger than simply running the ball. It always has been.

Offline
Let's not forget that he had a good mentor in Deuuuuuuuuce that I'm sure has been a good influence on his team approach.

Offline
Every player has a role on the team, whether it is a big or small one. It is very mature of Reggie to accept it.

You could say that about any back on the team

What point are you trying to make?

This is why no one will ever think you're unbiased. You can't help but put him down even when you're not even on subject, like this. Try to stay on subject.

Offline
It might be safe to say that his role is anything but diminished. We have a fleet of great offensive players where as before ...Meachem apparently wasn;t getting the playbook, Colston was injured, Devery...well he does what he does, Deuce was hurt, PT was 3rd string instead of player X, just too many other things were going on imo to say his role is diminished. I agree though it is all about the team and everyone on this roster is thinking along those lines.

I think the Chargers are a very talented team with no chemistry, it doesn;t work. Reggie is doing exactly what he needs to do.
Show hidden low quality content