Buy or Sell: Marshon Lattimore is the best shutdown corner in the league not named Stephon Gilmore (1 Viewer)

Offline
Marshon has a strong case for that label, in my opinion.

Offline
He’s up there.

I also think we could see him shine this year with Jenkins on the other side all season. I don’t see us playing nearly as much zone, where Lattimore isn’t quite as strong.

Offline
Sell. He could be the best but I am skeptical about the work ethic. This is almost verbatim would Loomis has said.

Online
He plays his best game against the best competition and lets less-than-elite receivers beat him. He could be more consistent, but he’s definitely top 5

Online
I'm buying. He may not be the best but there's very little that separates guys like Gilmore and Lattimore. Definitely top 3 in the league.

Offline
He came in and lit it up too fast. He himself admitted he drank the Kool Aid after his rookie year and the work ethic that off season and training camp was very relaxed and overconfident. Week 1 Mike Evans absuses him like a red headed step child and the wake up process began. I think he has learned you can never relax in this league, he has had ups and downs and lacking consistency is his biggest flaws if you are going to find any. Having said that, yeah he is easily still top 5 in CB's around the league. It's just a matter of how good Marshon wants to be, his ceiling is still way higher than he has achieved 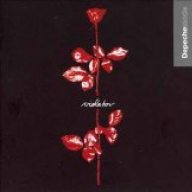 Offline
He takes too many games to get going. He needs to work harder in the off-season.

Offline
CB is such a tough position that the top CBs seem to change every year. Just being a top 5 or 10 CB every year is all I'd ask for. I think Lattimore is easily that.

Offline
You can make an argument that there are no shutdown corners anymore, due to the way the rules (more or less) are slanted to the offense. Then there's the rabbit hole of bad and possibly rigged refereeing that's been talked to death in here. 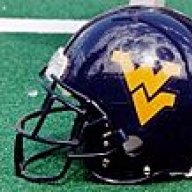 Offline
Sell. He is Not the best corner in the league other than Gilmore.

Offline
The "best" at anything is very subjective. Saying "one of the best" is more accurate, because he is. Now if he can continue that for a half a decade or more, that would be extremely valuable to our team.

Are all guys that I’d take over Latt (right now); off the top of my head.
Latt still has room to grow though.

Lattimore is barely a top 20 corner in the league right now, and I think he should go ahead and just sign a 5/50 deal right now, because thats the best he will get.

Seriously though, when focused Lattimore is the top CB in the league, he doesn't "get up" for every game though, so thats pushes him to top 10, fringe top 5
Show hidden low quality content