Offline
I have been playing the Box for years now.....and while am waiting for mine to be repaired going to buy a PS3....any Sony exclusive games I should check out? Thanks for any info......only one I have noticed is Resistance Fall of Man.........and will it play blu ray out of the box?

Offline
If you play online definitely check out Warhawk.

Offline
Warhawk and The Show. I still haven't played Uncharted and only played the demo for Rachet and Clank for some reason. Buy an HDMI cable for sure, assuming you have an HDTV.

Online
of course, when "god of war III" comes out, it will be the baddest arse ps3 exclusive ever made....

metal gear will be allsome as well
OP

whodat25 said:
Is fall of man good? Will it play blu rays out of the box?
Click to expand...

and yes, blu-ray and wireless internet right out of the box.....

Offline
You should be able to find Resistance cheap. I'd pass on Motorstorm, unless you like racing games.

Second antipop's suggestions of The Show and Warhawk (assuming you have online). I also like the EA sports games - Madden, Fifa, NHL, Tiger Woods, and even Fight Night Rnd 3 (you can probably find that one cheap too). Uncharted is great, though probably a rental. Oblivion will keep you busy forever.

Offline
Buy Uncharted. I think it's that good. 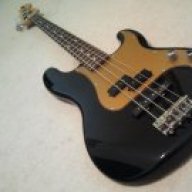 Offline
Uncharted is good, but kinda short. I'd rent depending on how much time you have to play. If you like shooters, I'd rent Resistance and/or buy Call of Duty 4.

Offline
The Show is good, also NFL head coach looks really good though that is set for an Autumn release date.

I've got a Halloweenhead.

Offline
If you're looking for games that will give you the best bang for your buck, pick up Warhawk and MLB: The Show. In my opinion, the best online and the best sports games, respectively, on the system.

I can't tell you how good Uncharted and Ratchet each are. That being said, expect to finish each in nine hours or so. It's rumored that an add-on planet, or something like that, is to be released for Ratchet in the summer. That being said, each game is amazing, but not much for replay value.

I don't like first-person shooters, which is why COD4 and Resistance aren't on the list - never played them.

Anthony said:
That being said, each game is amazing, but not much for replay value.
Click to expand...

i agree with you about uncharted.......but i have played through R&C twice and i will play through it again....you really get to take the weapons to a ridiculous level with upgrades the second time you play through.....it's not a difficult game by any means, but it's fun to play.....

Offline
Definitely pickup Warhawk. Resistance and COD4 should also be at the top of the list.
Show hidden low quality content