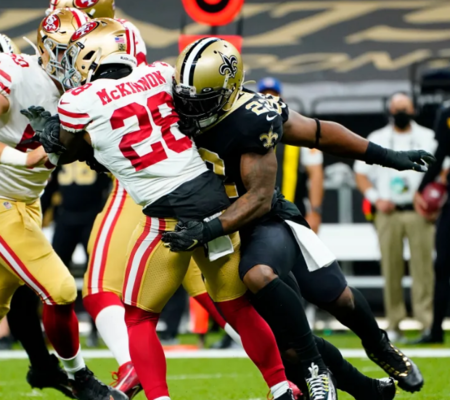 'He's playing at a high level'

One hand was all C.J. Gardner-Johnson needed.

"One finger," Gardner-Johnson said, with a smile.

He's probably right, because he has been right about a lot of things lately. And that has made the Saints' defense be as right as any in the NFL the last several weeks, which has helped New Orleans to climb to No. 1 in the league (284.9 yards per game allowed) entering Sunday's game against Atlanta at Mercedes-Benz Stadium in Atlanta.

Gardner-Johnson is a skilled man, and many of them have been on display in his second season while he has registered 53 tackles, four tackles for loss, three quarterback hits, an interception, seven passes defensed and the sack.

"He's playing at a high level," Saints Coach Sean Payton said of the second-year defensive back. "I thought he has gotten better and better this year. He's rushing, he's taking it away, he's an important part of what we're doing defensively. So I'm pleased with the progress he's made." ...