Caesers to get Superdome naming rights per The Athletic (3 Viewers) 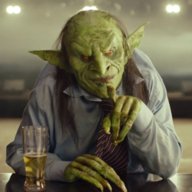 Broad St. Saint said:
if the OP is any indication, the Seizure Superdome will be misspelled almost as much as Shaun Peyton and Dru Breess.

Check out our products page that feature the best kind of food and treats for your pet. Featuring flavors like Filet Mignon, Grilled Chicken, Spring Vegetable, and many more.

At Caesars Entertainment every guest is treated like Caesar and every visit is unforgettable. Enjoy the world's best hotels, casinos, restaurants, shows and more.

Offline
I went to school with a guy named Shaquille O‘Neal .. Well, me and 25,000 other people- the school was LSU... this was in the early 1990s (yes, i am ancient).. i mention that, becuase there was another basketball star at that time for LSU named Clarence Ceasar, from a town called Iowa, Louisiana... Becuase of him, i have always misspelled the word ‘Caesar’ since Clarence spelled his name slightly differently- notice the transposing of the ‘a’ and the ‘e’... i have no idea where that dude is today, but i think that the other guy, Shaquille, has done fairly well for himself.

Offline
Security guards will have to be dressed as Centurions and full of muscles to complete the intimidation factor of the Dome.
Show hidden low quality content