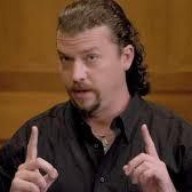 I still hate the 49ers

Offline
I don't like anything about losing, don't get me wrong. But that is probably about the easiest loss you'll ever be able to take as a Saints fan. The Steelers played like the defending champs, and we played like contenders. 3 turnovers, with 2 of them leading to Steelers TDs, and we're still in the game with 2:00 on the clock and one TO left? Tell me any other Saints team in history, or just about every other NFL team today, for that matter, wouldn't have just as likely suffered a total meltdown after turning a 7 point lead to a 14 point deficit.

Those guys were fired the hell up. Bring on the Bengals already.

Offline
agreed. And I don't think the D is horrible like some others are saying. This is the first bad game they had. The bears gave up 31 to the Dolphins last week and I doubt to many people are saying they are terrible. Defense will be fine
Show hidden low quality content

The most beat up team we ever played??