Let the center figure it out, and let the QB work it out from there? At the NFL level?

QB calls the protection scheme, identifies the Mike. The C adjusts the protections. That's the way I thought it worked. But what do I know. Not much. I'm not an NFL QB.

And Cam is unemployed.

Offline
The system that Cam ran in Carolina was the Sid Gillman/Don Coryell system. The same system that Dan Fouts Chargers, the early 90's Cowboys and the Martz Rams ran.

Norv Turner coached both Carolina and early 90 cowboys both ran the same system, of course they used in different ways.

Offline
I guess the Saints must be the other only team because I know every play I heard Drew calling out the Mike.

This is why his career is pretty much over.

Offline
It was a big deal when it came out that Josh Rosen didn't know how to Mike a linebacker. Now we're talking about a 10 year vet who won an MVP award. That's shocking.

Complex Kid said:
You are in for a surprise about this years Saints team then:

The Saints center has some new job responsibilities. After spending his first two years snapping the ball to Drew Brees and blocking, his job is now to read the defense, identify the middle linebacker and set protections for the offensive line. The process of how that gets done changes based on whether Jameis Winston or Taysom Hill is playing quarterback. ARLINGTON, Texas – Erik McCoy can now start tailoring his approach. The Saints center has some new job responsibilities. After spending his first two years snapping the ball to Drew Brees and blocking, his job is now to read the defense, identify the middle linebacker and set protections for the...

Yeah that's my understanding. Usually a top QB like Brees will call the protections. For younger, inexperienced quarterbacks the center will do it. I would think by 10 years in the league Cam would've been at that level. 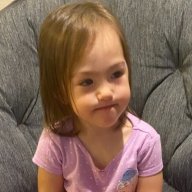 Offline
Meanwhile at the WFT ... With Fitzpatrick on IR, Heinike starting and Kyle Allen as the BU ... Cam's old coach Rivera passes on the reunion and opts for another Kyle (Shurmur) as practice squad insurance. Says something ... not sure what ...

SonOfNOLA said:
Where did Cam say that he doesn’t know how to read defenses? It looks like he just explained how New England’s system reads defenses from that quote.

He says he’s never been in an offense like New England’s, which is a philosophy that requires him to identify defensive fronts and where linebackers are. Most teams offenses aren’t as complex. Cam’s basically been in read option offenses his whole career that always schemed around his rushing. New England’s offense is the first time Newton had to be an actual QB.

He’s a ex rival QB from the division but why is there a trend to try to humiliate Cam Newton’s intelligence and make him look stupid so much ?
Click to expand...

SonOfNOLA said:
... why is there a trend to try to humiliate Cam Newton’s intelligence and make him look stupid so much ?
Click to expand...

I think primarily, it's because there's SOOO MUCH stupid there to address.

Scorpius the Allfather said:
He pretty much says it himself. "You can’t say that that’s stupid or ‘Why wouldn’t you know that?’ because half of the NFL — I would say 30 teams out of 32 teams don’t run this philosophy" So right there he's asking the question of why he doesn't know how to read defenses and he starts his answer with because, that means he's accepting that he doesn't know how to read defenses and then giving the explanation that half, or actually 30 out of 32 teams don't do it which is a total fabrication. I can easily name more than 2 teams where the QB reads defenses. Maybe he's explaining it wrong but it's what he said not us.
Click to expand...

Offline
I think a lot of the comments in here are based on the quoted part only. It’s a little clearer when you read the whole article. Do I think Jones was teaching Cam? No I do not. I think Rob was either taking out of his pooper or he was trying to talk up the Jones decision and not trying to talk down Cam. Do I think that Cam could do everything that Josh and Bill wanted him to be able to do? Also not likely but it isn’t likely Jones can yet either.

Bottom line is, they didn’t see Cam as a long term solution and moved on. He got by with so much on size and athletic ability that now that those things are not there to that level anymore, he can look pedestrian. He is weird but that doesn’t make him dumb.

He also never and I mean never changed his cadence. "Readyyyyyy.....Hut".

That was it. Every time.

Sure gives the defense a jump on the play.

You hate on Cam like I hate on Brees - Irrationally

Cam was far from perfect but damn...

Offline
Cam was the MVP of the league correct? Took his team to a super bowl, won a national championship in college and was the 1st overall pick in the draft.....but yeah, he sucks as a Football Player.
Last edited: Sep 18, 2021

Alan12 said:
That’s a bit of a stretch as to what he said, but even if it were true, it would be more embarrassing that we only had an 8-7 record against him as a starter.
Click to expand...

Funny/accurate point, but it's also worth mentioning that all 7 of his wins took place between 2012 and 2016.

In only 1 of those 5 seasons did we field a competent defense. So regardless of whatever limitations he may or may not have had, we certainly didn't make his job overly difficult for a while.
Show hidden low quality content